TECNO Phantom 9 May Not Be Coming. We Might Have Seen The End of Phantom smartphones

If you were expecting a TECNO Phantom 9, you might need to cut off that thought from your mid. We at TellForce Blog believed that we might have seen the end of TECNO Phantom smartphones already.

The last Phantom smartphone from TECNO Mobile was launched in late 2017. There was a lot of excitement and anticipation for a TECNO Phantom 9 last year, but it never happened. And so 2018 rolled away without any announcement or details about this from TECNO Mobile.

2019 is well under way and there is still no word about the TECNO Phantom 9. Of course, TECNO fans and followers are starting to ask questions about the companyâ€™s plans for the Phantom smartphone range. What mobile manufacturer abandons its flagship model abruptly like that?

We’ve got a theory about what may be happening, and we will let you in on it.

Transsionâ€™s 3 musketeers have a ranking that you may be unaware of. That ranking is based on cost and class, as follows:

Donâ€™t yell. Donâ€™t frown. It has been an open secret for years that Infinix, not TECNO, was designed to be the premium smartphone brand for Transsion Holdings. The place and position of itel has been clear for years, but for some reason, Transsion allowed TECNO to compete head-on with Infinix at the high-end. It looks like that has come to an end.

I suspect that the silence about the Phantom is an experiment to see what would happen if they let TECNO take its place at the mid-range. This means that TECNO has to drop Phantom phones and focus more on Camon smartphones. As such, there will be no TECNO Phantom 9 phone.

The Rise Of TECNO Camon Smartphones in 2018

Did you take note of how many TECNO Camon smartphones were released last year alone? Let me help you with the list:

Seven of them within a single year. And the most expensive of those phones cost just a little under N80,000.

Can you see where this is going? TECNO made no Phantom smartphone but pushed out Camon smartphones like the world was going to end tomorrow. It means only one thing: TECNO has taken its rightful place on the Transsion Holdings scale â€“ in the middle.

There is a little chance though that we will see a comeback â€“ if people do not embrace Infinixâ€™s flagship smartphones as an alternative to the Phantom series. It is business: if the experiment does not work out, Transsion will backtrack and re-introduce TECNOâ€™s Phantom smartphones to the market. Which is why there has been no formal announcement of a discontinuation.

As such, it is not likely that we will see a TECNO Phantom 9 this year.

As a tribute to the Phantom range, I present all the models that have been released till date.

The Evolution of TECNO Phantom Smartphones

Transsion is betting on Infinix Mobility to lead the charge in the high-end market, which explains why the upcomingÂ Infinix Zero 6 and Zero 6 ProÂ are again more expensive this year. 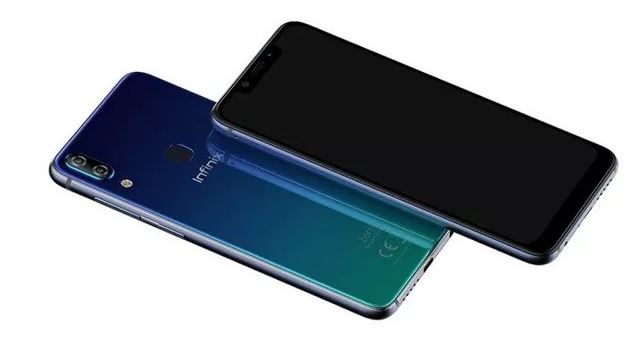 And if Infinixâ€™s flagships perform well, we shall see the Transsion scale adjust further so that there is little duplication across the three brands. Which is why I am not hopeful that there will be an announcement of a TECNO Phantom 9 smartphone this year.

This enforcement of specialization under the Transsion brand makes sense. Why push multiple brands without a clear strategy as to what each of them is to achieve? Specialization results in unique competence.

Already, itel Mobile has mastered the art of crafting beautiful, value-packed smartphones into a low budget. We reviewed a number of their smartphones last year and found them really solid for their prices.

With this new enforcement, TECNO Mobile is delivering devices to meet the needs of users who want value for their money without breaking the bank. The present crop of Camon smartphones are testament to that.

And if you want a flagship grade device from Transsion, Infinixâ€™s Zero phones are what you turn to.

There is a chance that I am wrong about this, but I have followed and worked with itel, TECNO, and Infinix closely enough over the years to bet that this is the case. We have come to the end of the Phantom smartphone age and there will be no TECNO Phantom 9.