The Samsung Galaxy A90 will feature a huge screen – 6.73-inch according to sources of @OnLeaks. That screen will not have a notch or even a punch hole, Samsung’s official site confirmed as much. Instead, the selfie camera will be mounted on a pop-up mechanism. 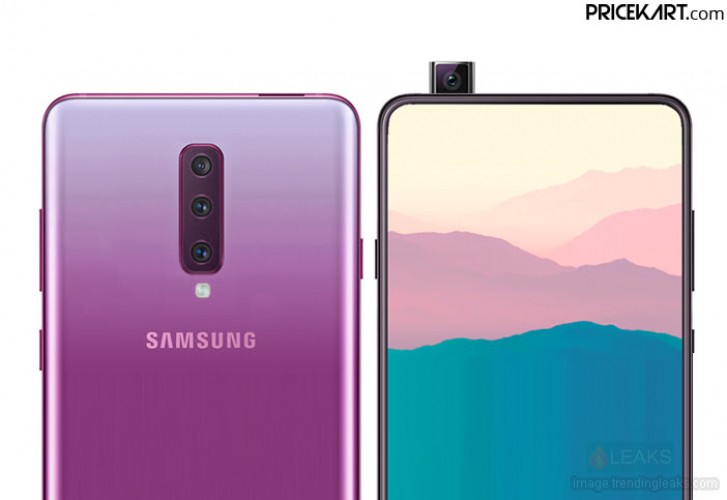 By the way, a couple of leaksters have said that the phone may be called the Galaxy A80 instead of A90.