Realme 3 vs Realme 2 – Is It Still The Same Phone With Another Name?

Oppoâ€™s Realme sub-brand was Indiaâ€™s third biggest smartphone brand over the Diwali shopping season, according toÂ Counterpoint Research, which is just one place ahead of Oppo itself.

Pitching the Realme 1 against the Realme 2, you will notice that the â€œRealme 2 cannot not be categorically regarded as a successorâ€

For instance, the latest Realme 3 is also powered by the Helio P70 chipset, which is two-years after using the same processor on their first Smartphone, Realme 1.

Let us quickly fetch out some notable differences and similarities, between the new Realme 3 and Realme 2.

And the biometric security features, which includes Fingerprint sensor scanner and Face Unlock are available on the both Smartphones.

Both devices arrives with a notch display at the up front, but the Realme 3 packs the waterdrop-style while the Realme 2 with iPhone Xâ€™s trapezoid notch style.

They are also available in 3GB / 4GB RAM, and 32GB / 64GB internal storage, which are expandable up to 256GB via the use of a micro SD card slot.

The back of the mobile phones comes with dual camera setup, which includes a primary 13-megapixels + secondary 2-megapxels camera sensor.

One of the major similarities is the 4230mAh battery with 5V/2A (10W) adaptor, and supports other battery feature, to enhance the efficiency and for fast charging tech.

The major differences between the Realme 3 and Realme 2 is the notch display style, front facing camera, others includes OS, Color option, weight, dimension and others.

While the Android OS is totally different, as the Realme 3 runs on the latest ColorOS 6.0, based on Android 9.0 Pie while the Realme 2 with its own Android 8.1 on ColorOS 5.1. 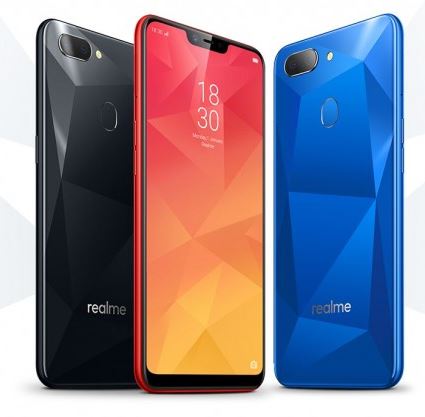 Realme 3 vs Realme 2 – in Tabular Form 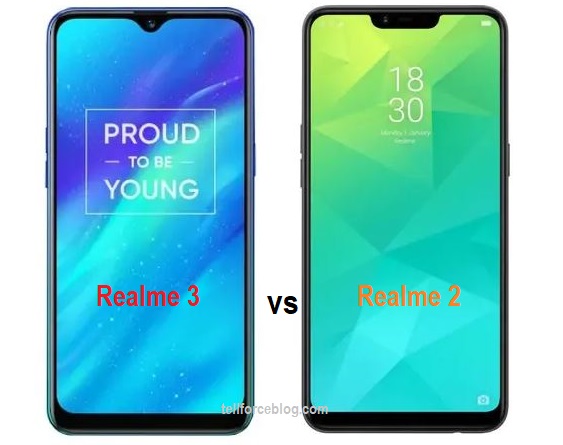 If you are interested, you can purchase the Realme 2 phone right away, while the Realme 3 will be available starting at 12 noon on March 12.

Samsung is said to working on two more foldable smartphones