Now, with the launch of the Huawei Mate X and the Galaxy Fold, the company canâ€™t help but workout its way into what we see as the future of mobile phones. In an exclusive interview with Motorola VP of Global Product Dan Dery confirms that its firm is actually working on a folding device that would hit the shelves later in summer.

DON’T MISS:Â Video shows the beauty of Samsung Galaxy Fold and how it works

While it was earlier rumored to arrive in late February, Dan Dery is quoted as saying its firm has â€œno intention of coming later than everybody else in the market, â€œSo with the Mate X and the Galaxy Fold expected in mid-year and April in that order, it is safe to assume Motorola foldable device will arrive much later in summer.

Dan further went on to confirm that its design choice will be entirely different from what we have seen with the likes of the Galaxy Fold and Huawei Mate X, and while he didnâ€™t dwell on its design choice, a recent patent filing by the firm reveals the company might opt for a design that flips down into a smaller device like the original Razr. The design if it pans out will address several concerns so far raised about the Galaxy Fold and the Mate X from Huawei including the fragility and protection of the display when in the tablet mode.

It also means the device will be way more compact in the phone mode and fit better in smaller pockets if actually, it mimics the original RAZR phone to the core.

Motorolaâ€™s concerns seem to be mostly about the durability of any foldable phone it will put in the hand of the users. The company top exec confirms that its â€œintention would not be to put the display outside. When you know the scratching issues you would be facing, you will have something that is very rapidly not usable.â€ 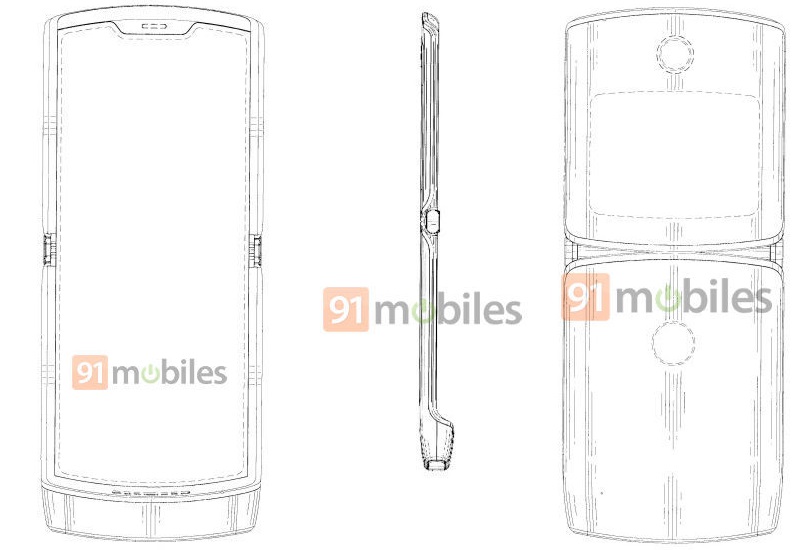 With the likes of HMD-owned Nokia banking on the revival of well known iconic Nokia phones, the foldable RAZR phone could once more afford Lenovo a chance to reinvigorate the Motorola brand.
Join Us On Telegram
Advertisment