The Google URL Shortener (goo.gl) was launched in December 2009, originally made to be used with Google Toolbar and Feedburner. However, the need for link shorteners has completely faded away over the past few years, and goo.gl death was already pronounced last year. Effective May, 2018, new users were already prevented from signing up for the service and now, its finally gone for everybody.

ALSO READ: Google Stadia vs Apple Arcade: The Future Of Gaming Is Here 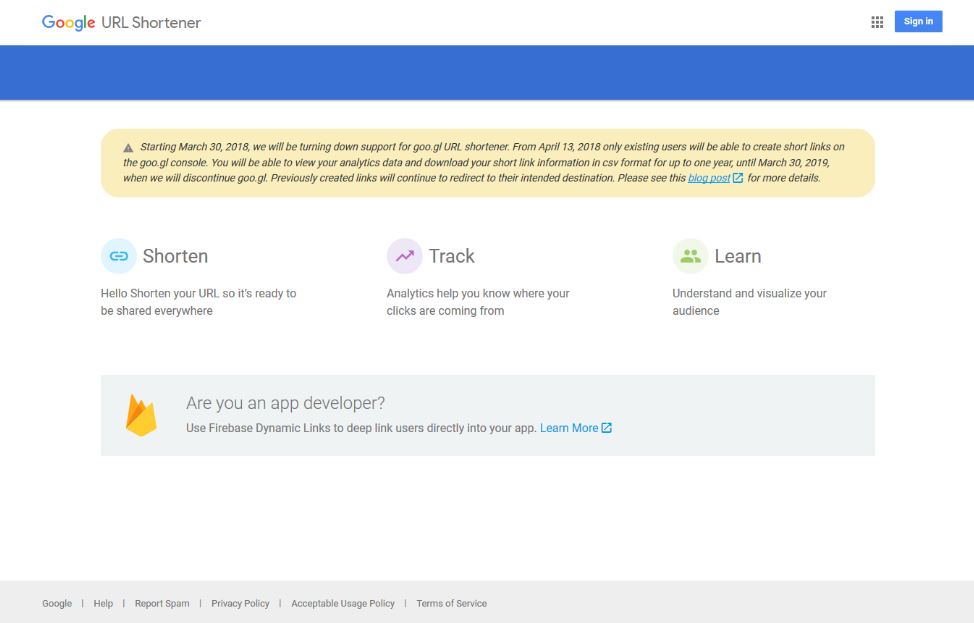 Please note that existing goo.gl links will still work, but it’s now impossible to create new ones. The company recommends that app developers switch to Firebase Dynamic Links, and users to switch to Bit.ly and Ow.ly. Rest in peace goo.gl, you had a good run.

ALSO READ:  Google Pixel 5 XL May The Only Variant Of Pixel 5 Coming

What Is And How To Use “Paylater” Online Loan