Inbox by Gmail will be officially shut down on April 2nd, 2019

Few hours ago, Google officially confirmed that it will be shutting down its Inbox by Gmail app on April 2, 2019. The app was seen as a great platform for Google to experiment with new ideas like snoozing emails to later, AI-powered experiences like Smart Reply, Nudges and high-priority notifications and more.

Earlier, the only timeline Google offered was â€œthe end of March.â€ The in-app notice reads as follows: 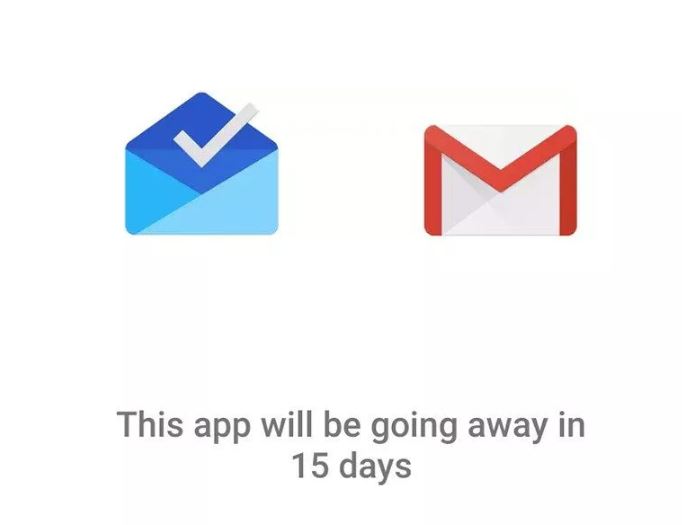 This app will be going away in 15 days. You can find your favorite Inbox features in the Gmail app. Your messages are already waiting for you.

FollowingÂ  the announcement, the company created a shortcut that opens up the Gmail app. Google has migrated most of its features to the flagship Gmail app four years after launching the app, though many featuresÂ  are still missing. Fortunately, Google says that it is â€œworking hardâ€ to bring the rest of those features over.

RIP Inbox. Youâ€™ll be missed along withÂ all of the other stuff Google (including Google Plus) is killing this month.