At its March special event few hours ago, Apple unveiled Arcade, its new game subscription service. It is expected to work across iOS, macOS, and tvOS. This simply means that users will be able to play on their iPhone, iPad, Mac, or Apple TV, and pick up where they left off on any of these devices.

Apple Arcade will be launched in this year’s last quarter in more than 150 countries, through a new tab in the App Store on iOS, macOS, and tvOS. It will feature over 100 new and exclusive games, with original releases from Hironobu Sakaguchi, Ken Wong, Will Wright, and many more. New games will be added on a regular basis.

ALSO READ: What Is Google Stadia: All You Need to Know About The New Game Streaming Service 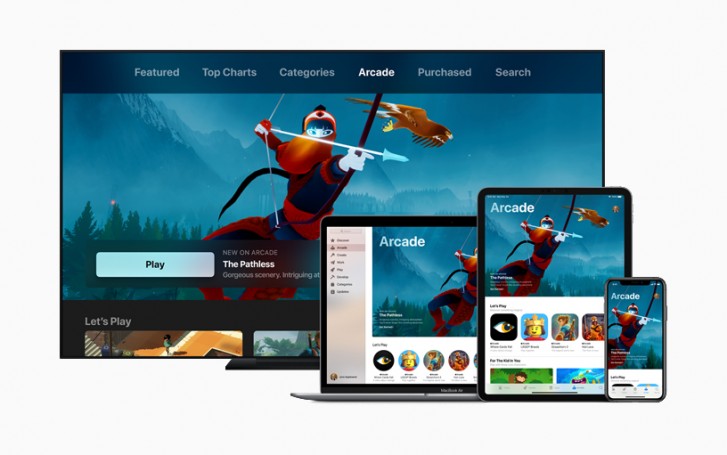 Apple says it will curate Arcade games based on originality, quality, creativity, fun, as well as their appeal to players of all ages. So you’ll get a hand-picked collection of titles that will be “all-you-can-play”. There will be no ads or ad tracking, and no additional purchases necessary aside from the cost of the subscription itself. Apple is also vowing to respect user privacy with this service.

It seems Apple is banking heavily on exclusivity for Arcade, with the games not being available on any other mobile platform or in any other subscription service.

Every game will include access to the full experience, including all features, content, and future updates. Each game will be playable offline, and many games will have support for controllers.

As you could undoubtedly tell by now, the most important bit of the puzzle is still missing, and that is the price of Apple Arcade. The company will surely reveal that closer to the actual launch of the service.

Apple News+ subscription brings you over 300 publications for $9.99 per month