YouTube is expanding its â€œExploreâ€ feature, a new discovery tool introduced for the first time as an experiment in the iPhone application last year.

The new feature is similar to the Explore page on Instagram, and itâ€™s designed to present users with a diverse set of personalized recommendations, thus easily finding something new to watch. 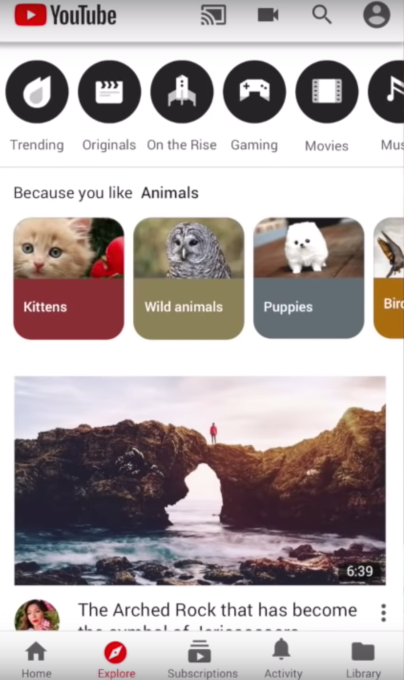 The test should now be available on all devices and as revealed by the developers, the feature has been updated to suggest even the smallest and most promising YouTube creators.

The changes to Explore were announced in a recent video in which the developers share the ideas they are testing before a public debut, such as the changes to the â€œdislikeâ€ button.

YouTubeâ€™s recommendation technology relies deeply on past viewing activity and other in-app behaviours while with the Explore tab, the Google team aims to broaden recommendations to include various topics, videos and channels that would otherwise have been excluded.

Furthermore, Explore now includes a new section called â€œOn the Rise,â€ which will feature emerging YouTube creators (those with fewer than 10,000 subscribers).

While it is now supported by all devices, Explorer is still available only for a â€œsmall amountâ€ of testers.