The yearâ€™s biggest smartphone extravaganza, MWC, kicked off today in Barcelona and Xiaomi was the first major player to spray out some announcements. 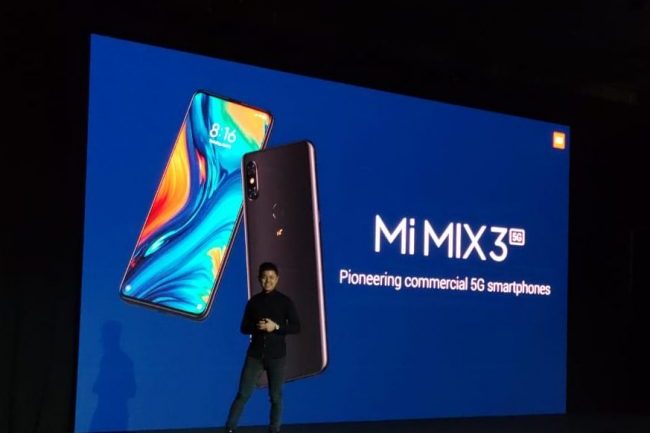 This is Xiaomiâ€™s first ever appearance at MWC and the company took the stage toÂ finally unveil its much-rumored Mi Mix 3 5G variant. This isnâ€™t really a new device, per se, instead, itâ€™s theÂ same Mi Mix 3Â with its slider design and almost bezel-less display which was unveiled earlier last year in China. However, it is nowÂ powered by the latest Qualcomm Snapdragon 855 chipsetSnapdragon 855 chipset.

Just like we discussed during Oppoâ€™sÂ 5G-enabled phone launch, the 5G connectivity on Xiaomiâ€™s Mi Mix 3 5G smartphone is enabled by the integration of theÂ X50 modem on Snapdragon 855 chipset. This gives the Mi Mix 3 5G uplink/downlink speeds of up to 2Gbps, which will allow you to download a 15-minute 1080p videos or 25+ MP3 files in about 1 second.

Xiaomiâ€™s Director of Product Management Donovan Sung also took the time toÂ demo the upcoming Mi Mix 3 5G smartphoneÂ by placing a video callÂ right on stage at the event. Taking a jab at other telecom trials which have been seeding a fake 5G logo to users, Xiaomi called it â€œrealâ€ demo.

As for the key specifications of the Mi Mix 3 5G variant, the smartphone includes a 6.39-inch Full-HD+ display. It would most likely be available in two different RAM and storage configurations, including 6GB/8GB and 128GB/256GB respectively.

Thereâ€™s a 12MP wide angle and 12MP telephone lens on the rear, along with a 24MP primary and 2MP depth sensor on the front. You can check out our first impressions in the video above.

Xiaomi has once again stuck with its honest pricing andÂ priced the Mi Mix 3 5G variant starting at 599 eurosÂ (whichÂ roughly translates to RsÂ 48,250). The company may have shown a demo of the device on stage at the event, but it will go on sale in May later this year. It will come in two color options, namely Onyx Black and Sapphire Blue. 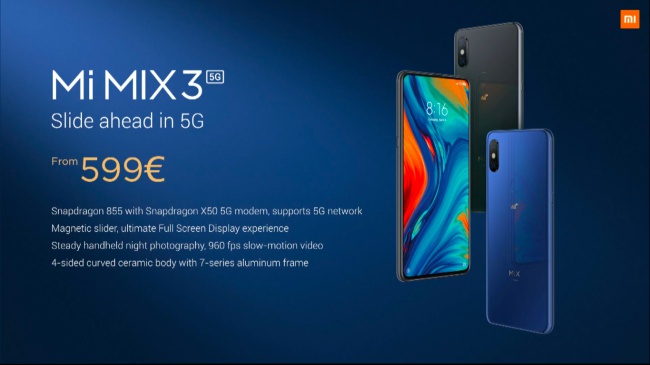 So, are you truly excited about the onslaught of 5G? Will you be interested in picking up the Mi Mix 3 5G? Let us know in the comments below and stay tuned for more coverage from the MWC 2019 show floor.