Xiaomi has been granted a new patent approval by the WIPO (World International Property Office). The patent is titledÂ full-screen smartphone with 4 sided edges, and it is full ofÂ illustration similar to Samsung’s dual curved screen, but this time, Xiaomi aims at taking the curvature to the rear, so the final device could come with glass design on the rear side. 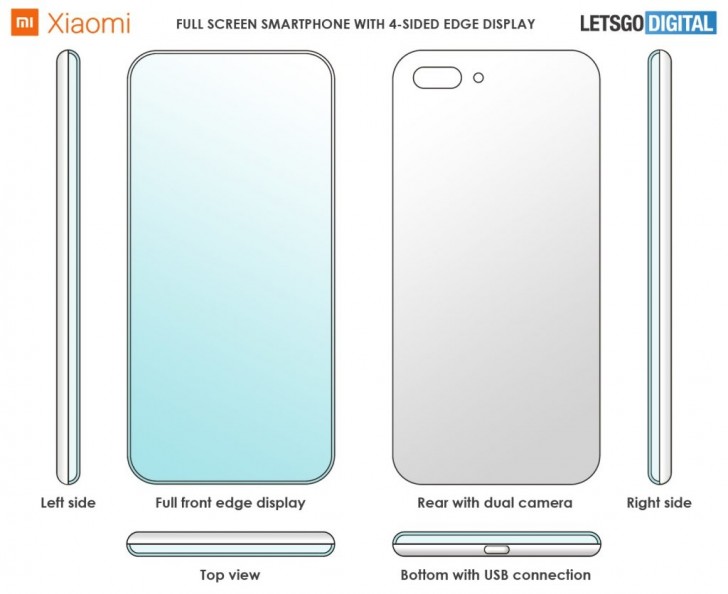 On the display front, there appears not to be any selfie camera, not even a notch nor a hole punch which makes us wonder if Xiaomi is thinking of completely doing away with the front-facing shooter.

The left and right-hand view look bare, but there is room forÂ a USB connector on the bottom next to the edge of the curved screen. The top view is also bare, so that removes the option of a pop-up selfie camera. 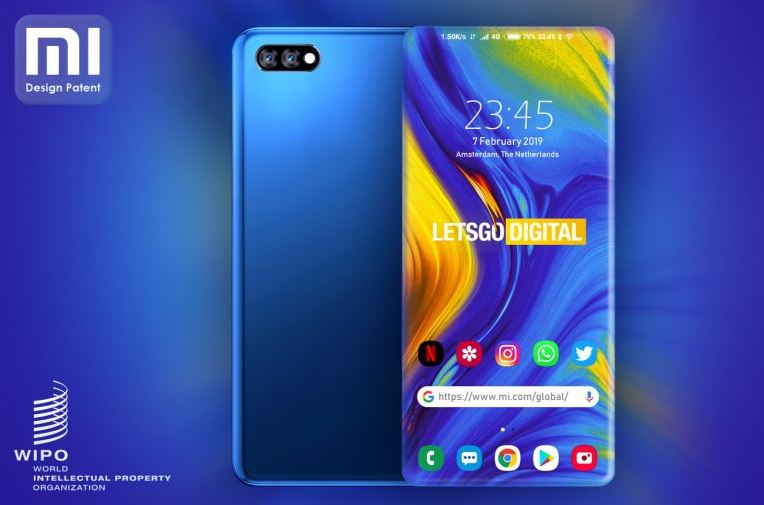 While bezel-free display has almost become a reality,Â a smartphone with 4 curved sides with no plans for selfie camera would be something we wish to behold someday, but like some other patents, this might never become a reality, but then, weâ€™re eagerly awaiting what becomes of this latest design.