Few days ago, we got a glimpse of the upcoming Xperia XA3, but sadly, these pictures were somehow blurred. Now, a new video popped-out and actually, it turns to be the original source of the first leak. This time, however, we can see the handset in all glory (or almost) and yeah, the 21:9 display is tall, but do you remember how the world was when the 16:9 displays were the standard?

The video shows us how the smartphone will deal if apps donâ€™t scale properly for the Xperia XA3â€™s taller aspect, and unfortunately, it places a thick black bar at the bottom. Worth noting that this seems to be a prototype with unfinished software, maybe until the release Sony comes with a solution that stretches the app until meeting the aspect ratio, while this isnâ€™t an ideal solution it is better than having a black bar at the bottom.

Worth noting that the Xperia XA3 will be a pioneer for 21:9 smartphone screens if it succeeds, developers will soon start to adapt their applications for smartphones with the new aspect.

The video doesnâ€™t add any new information to the renders, but it does remove any previous suspicion that this is a functioning device. As previously mentioned the Xperia XA3 will come with a tall 21:9 display with a slim bottom bezel and a thick top one, since it will serve as a house for earspeaker, selfie camera and other sensors. 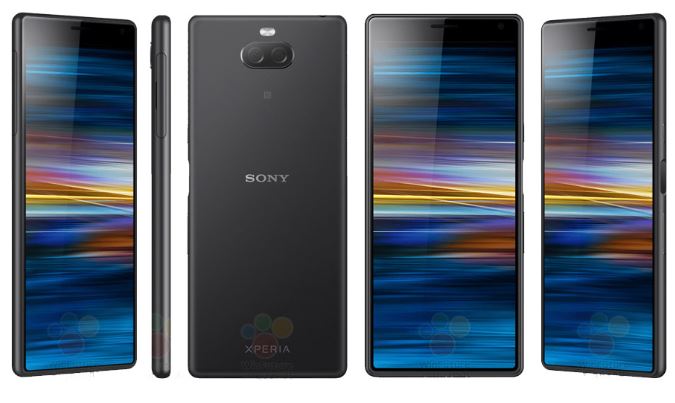 According to rumors, this display will have 5.9-inch CinemaWide screen with 2560Ã—1080 pixels of resolution, the Xperia XA3 Ultra will retain the same resolution on a 6.5-inch display.

The Xperia XA3 will have 4GB of RAM with 64GB of expandable storage, it will come with Android 9 Pie straight out the box and will be fueled by a 3,500mAh battery. The dual rear camera setup will be composed by aÂ 23MP + 8MP combination. Both the XA3 and XA3 Ultra are set to come on MWC 2019, alongside the Xperia XZ4.

Samsung confirms the February 20 announcement of its foldable phone