The United States President, Donald Trump may not be a man you like, but the truth is you must agree that he’s never boring or previsible. He always have a new idea on his mind running, never thinking of its consequences or consistencies behind it. 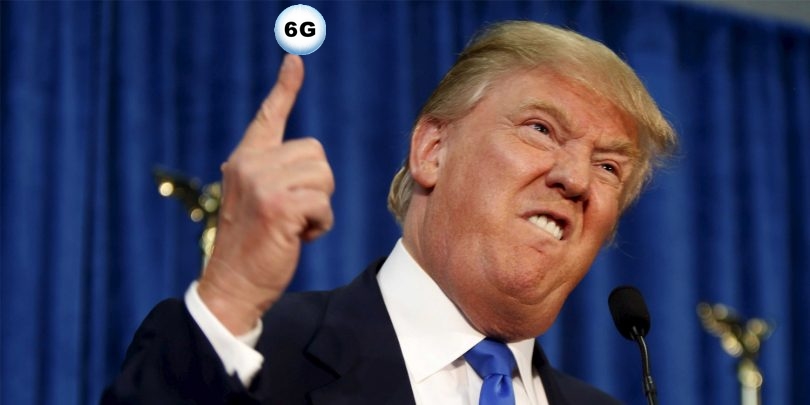 After lifting up the idea of creating the first Space Force to police the galaxy, the President now wants his country to develop 6G as soon as possible.

ALSO READ:Â Verizon to be first to release Galaxy S10 5G in the US, T-Mobile and AT&T carries the Galaxy Fold

Trump used his Twitter to state that he wants 5G and even 6G in the United States as soon as possible, since it is far more powerful, faster, and smarter than the current 4G LTE standard. He endorses that American companies should step up their efforts now, or they will be left behind by the rest of the competition.

I want 5G, and even 6G, technology in the United States as soon as possible. It is far more powerful, faster, and smarter than the current standard. American companies must step up their efforts, or get left behind. There is no reason that we should be lagging behind on………

The 5G network will slowly roll out in the U.S. this year and the first smartphone to arrive in the market with this technology will be the Galaxy S10 5G, which will be available this summer.

The download speed of the 5G network is expected to be 20 times faster than 4G LTE. The new faster speed will allow the creation of new services and businesses and will give more strength to existant segments like video streaming service.

ALSO READ:  Banks To Start Charging You For Recharging Via USSD As From Oct. 21

When coming to 6G, despite some internal talks of the start of development of this new technology, there are no 6G standards for now, and itâ€™s too soon to even talk about it. The United States President continued its speech by saying:

….something that is so obviously the future. I want the United States to win through competition, not by blocking out currently more advanced technologies. We must always be the leader in everything we do, especially when it comes to the very exciting world of technology!

Currently, Huawei is the leader of the segment, being followed by Nokia, Ericsson, and ZTE. Despite the lack of basis behind some comments of the President, this isnâ€™t a bad idea, after all, more competition will expand the offer for consumers, thus not allowing a monopoly or control over a new technology that will represent another important step for the future of the Mobile industry.

Your Next Smartphone May Come with 1TB of Memory Thanks to...