Global mobile phone maker, OPPO is set to take the Nigerian market by storm with its new sets of phones.

The Chinese company stated that its class ofÂ mobileÂ devices, which when fully launched in Nigeria will give buyers more innovative choices. 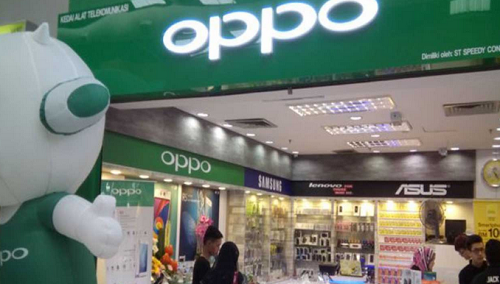 Speaking in Lagos, the firmâ€™s Marketing Director, Lily Wang, said though the firm is a little bit late in coming to the country, she is optimistic that the quality of its products will stand it out in the local market having remained on the number four slot in global smartphone market.

Wang said Nigeria is a big market because of the population, which makes her the most important country, the biggest in West Africa. â€œAlso, Nigeria has a rich culture, rich entertainment, music, Nollywood. Nigeria is the centre of attraction for any brand willing to play on the global stage. That made OPPO to come to Nigeria.â€

According to her, OPPO is the fourth mobile phone globally and number two in China and in Southeast Asia like Vietnam, Indonesia, Myanmar. It is also in European countries.

Just recently, OPPO announced its major breakthrough in smartphone camera technology with its 10x lossless zoom which simply means that images captured by the OPPO cameras are just as good as photos captured on professional cameras.

OPPO also have the fastest charging system on smartphone with its SuperVOOC Flash Charge which charges your smatphone from 0 to 100% in 35min.

Now that OPPO is in Nigeria, Xiaomi is installing its shelves, ready to deploy Redmi phones, this is a serious message for Transsion, owners of TECNO Mobile, Infinix and iTel to work harder otherwise, the Nigerian mobile market will be taken from them.

Join Us On Telegram
ALSO READ:  Oppo A93 5G Specifications and Price
Advertisment