The Meizu Note 9 full specs appeared on TENAA last week, withÂ photos added later. IT seems our waiting will be pretty shorter than expected for the whole picture to be unveiled as the company has scheduled an event on Thursday, February 14, where we expect the device to be introduced.

The teaser comes with a silhouette of a phone, along with the number â€œ3â€ which is simply means the number days are left until the unveiling. The Meizu Note 9, likely to arrive asÂ Meizu M9 NoteÂ at some markets, has a model number of M923Q and has a few uncovered mysteries like pricing, availability and actual market launch date. 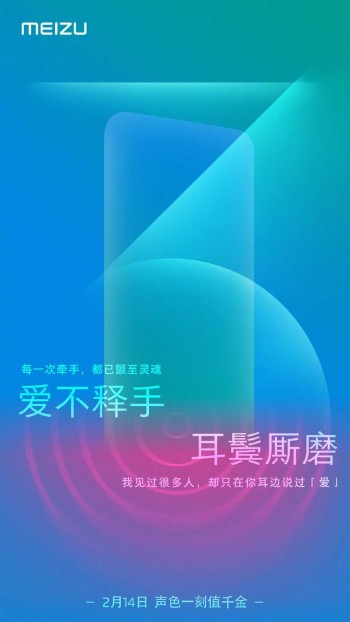 What we know so far is a 2 GHz chipset, coupled with 6 GB RAM. The storage will be 64 GB or 128 GB, while the battery will be 3,900 mAh. We are hoping to seeÂ the Super mChargeÂ fast-charging technology that supports the insane rate of 55W and promises 0 to 60% charge in 10 minutes. Another key feature is the 48 MP camera on the back, coupled by a 5 MP depth sensor.

Nubia to announce a flexible device at the MWC 2019