Very soon, Google will start offering up movie reviews and showtimes in your text-message threads, but claims it’s not reading your entire conversations to do so.

Google announced on Monday that “over the coming months,”Â a Google Assistant integration is coming to the company’s newest text-messaging app,Â Android Messages. 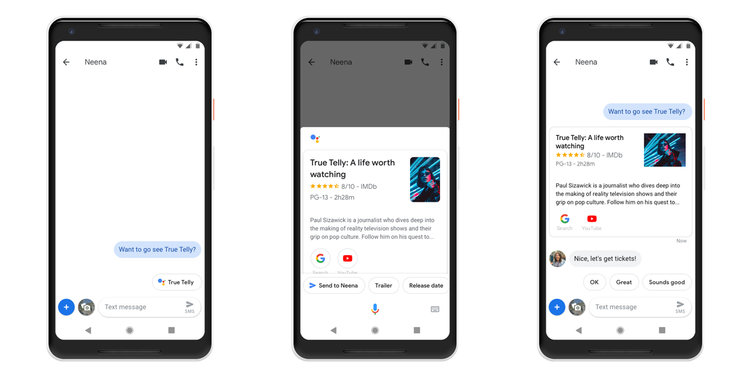 When you are on Messages texting about restaurants, movies, or weather, Assistant will suggest links to you – which it calls “suggestion chips.” These links can help add to the conversation. For instance, a link to a restaurant review may be offered when you’re deciding on dinner plans.

The feature is expected be available for users around the world but offered only in English to start. 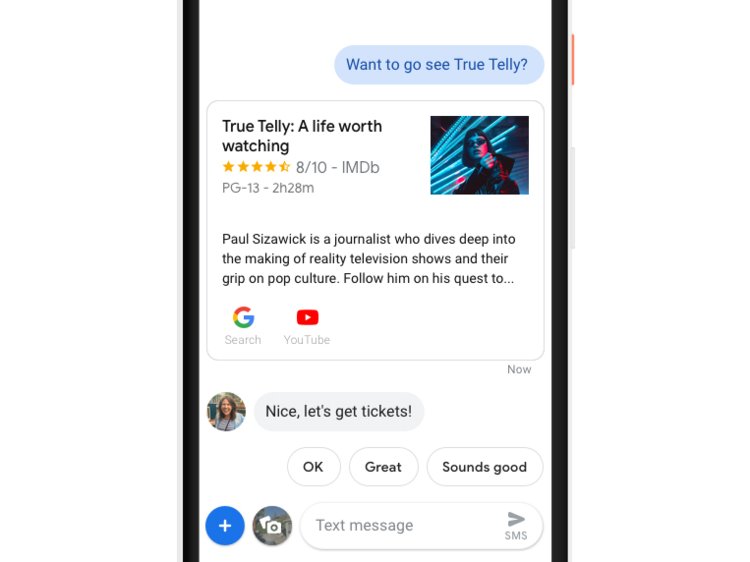 The company said its “on-device AI” is similar technology to what it uses for “Smart Reply” on Messages – the feature that’s also available on Gmail and offers suggestions for finishing sentences and sending quick messages.

The announcement signals Google’s increasing investment in Messages as it plans to shut down its smart messaging app, Allo, in March.

Messages is the latest attempt by Google to build a text-messaging app that users will love. So far, it has been unsuccessful in building a breakaway hit, despite several attempts: Google Buzz, Google Wave, “Gchat” – technically called Google Talk – and soon, Allo. All four apps are now in the chat-app graveyard.