New data from German authorities has provided us with a smartphone radiation ranking list detailing the mobile phones with the highest and the lowest radiation emissions.

Mobile phones have already become an integral part of our day to day living. From academic work, professional work, and also our daily tasks, these gadgets gathers puts tools in our hands on a daily basis. However, there is nothing perfect, as they have their advantages and disadvantages. 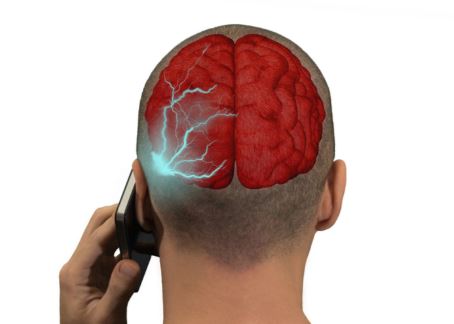 The keyword is â€œmayâ€. There are no conclusive results yet on the subject.

The German Federal Office for Radiation Protection, Bundesamt fÃ¼r Strahlenschutz, was able to compile useful data which has been used to buildÂ smartphone radiation ranking charts.

According to the research by the office, Samsung Galaxy Note8 emits the least amount of radiation (0.17 watts per kilogram) of all the mobile phones available in the market. Samsung phones show up a lot on the chart of low radiation emitting devices.

Xiaomi Mi A1 tops the list of phones releasing the highest amount of radiations. Right behind it is another mobile phone from China, OnePlus 5T.

Mobile phone radiation is measured in SAR. That is,Â  Specific Absorption Rate.Â The charts below list the lowest and highest radiation emitting smartphones based on their SAR figures.

Phones With The Lowest Radiation Emissions 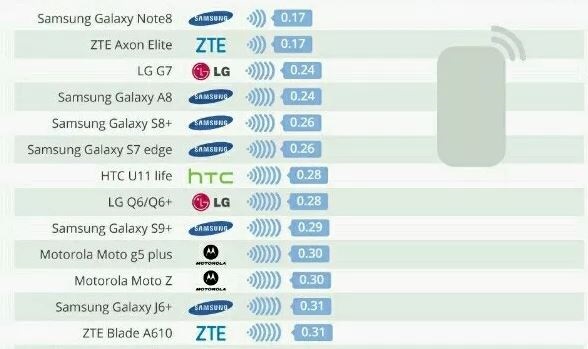 Phones With The Highest Radiation Emissions

Looking at the charts, it is clearly visible from the data provided that Samsung phones generate very low amount of radiations â€“ about half of the benchmark (0.60) that German authorities use. On the other end, Xiaomi and Apple phonesâ€™ emission rates are more than twice the benchmark.

Cheaper Comes At A Cost?

The smartphone radiation ranking charts are a revelation. Who would have thought that Apple iPhones would release such high levels of radiation? And Google Pixels too! And then, those HTC models.

Considering how quite a number of lower cost, Chinese, smartphone models made the higher emissions list of this smartphone radiation ranking, one would have been tempted to argue that cheaper phones come at a cost and that higher SAR values is one of them.

But with iPhones, Google Pixels, and HTC phones in the picture, that is difficult to argue, even though those budget smartphone brands are prominent on the higher emissions list.

Talking about low and high levels of radiation, we should take note that there is no particular level which can be considered â€œsafeâ€. However, the German Certification for environmental friendliness, â€œDer Blaue Engelâ€, does certify only mobile phones whose emission rate is lower than 0.60 watts per kilogram.

There is controversy over whether smartphone radiation is harmful to health. While the controversies rage on, if you want to be on the safe side, a phone with lower radiation emissions is what you want to use.

For now, that would include Samsung and Motorola smartphones in general. ZTE and LG made a good showing as well.

We will soon be charging our smartphones via Wi-Fi

Global smartphone market for Q3 2021 is out, Samsung leads

Smartphone Production Dropped By 11% in 2020, Transsion To Overtake Huawei

Global smartphone market for Q3 2021 is out, Samsung leads

Smartphone Production Dropped By 11% in 2020, Transsion To…