By TellForce Blog On Jan 8, 2019
Share
Join Us On Telegram

Xiaomi joined the gang of gaming device manufacturers back in April after announcing the Black Shark. And followed it up with the introduction of Black Shark Helo that came with 10 GB RAM and 256 GB storage, while most of the other internals remained the same. Now the Chinese maker is preparing a third phone, called Black Shark Skywalker. According to a Geekbench listing, it will have Snapdragon 855 and at least 8 GB RAM. 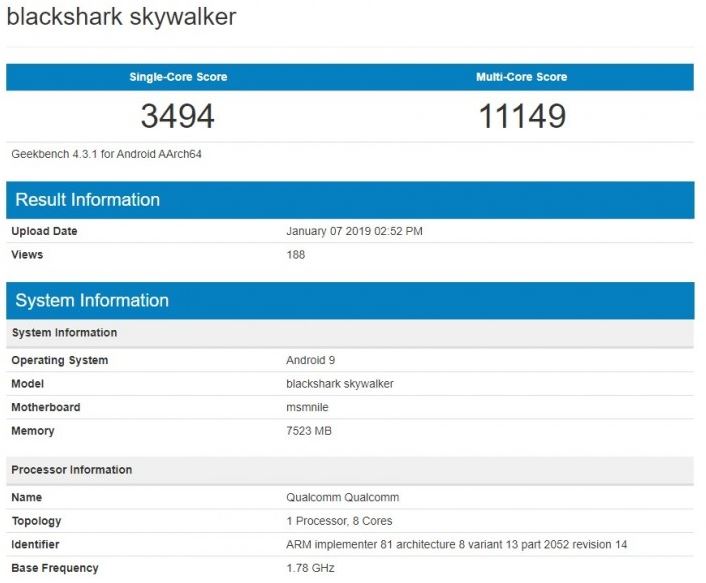 The 3,494 single-core result and the 11,149 multi-core score are pretty much in line withÂ a previously leaked benchmarkÂ – the Xperia XZ4 powered by the latest flagship Qualcomm chipset.

The Snapdragon 855 result for multiple cores will be the first time an Android device will pass the 10,000 threshold, currently done only by Apple devices powered by the A11 Bionic and A12 Bionic chips.

The Snapdragon 855 is the first 5G-supporting chipset by the San Diego company, although it must have the proper X24 or X50 modem equipped. We will know if that is the case once the Black Shark Skywalker is announced which will likely happen in the upcoming months.