Samsung Galaxy A50 Will Have A Version With 6GB RAM – Geekbench

Samsung is bringing big changes with its upcoming M and A-series of mid-range smartphones and we have started getting first signs of the Galaxy A50. The phone was justÂ certified by the W-Fi AllianceÂ and now here’s a Geekbench score sheet suggesting that there might be a 6GB RAM variant.

However, this isn’t the first time the handset will be seen on Geekbench. AboutÂ a month ago, the Galaxy A50 under a different model number designated for another market surfaced with 4GB of RAM and what a appears to be an Exynos 9610 chipset. 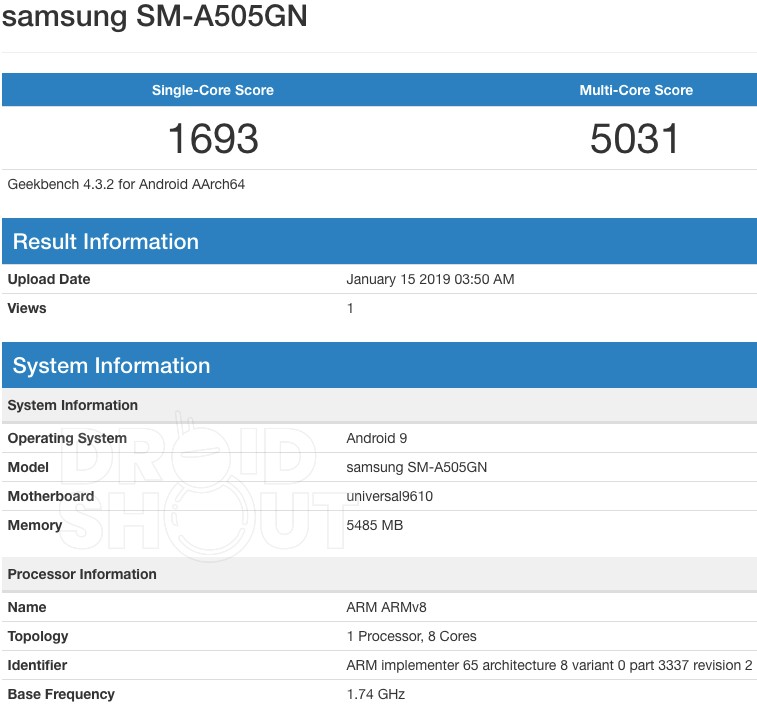 The new listing falls in place with what we’ve seen so far except for the amount of RAM. Also, the multi-core score has gone up a little compared to before.

So far, this is the most solid evidence we got on the Galaxy A50 while theÂ unconfirmed rumorsÂ say it will arrive with 4,000 mAh battery and a 24MP main camera on the back. Wireless charging and in-display fingerprint scanner are still plausible options as well.