Samsung’s new M series smartphones are expected to finally make their way to the public this month. Meanwhile, more and more details are leaking out. Today we get a couple of images that seem to be part of the upcomingÂ M20’s manual. 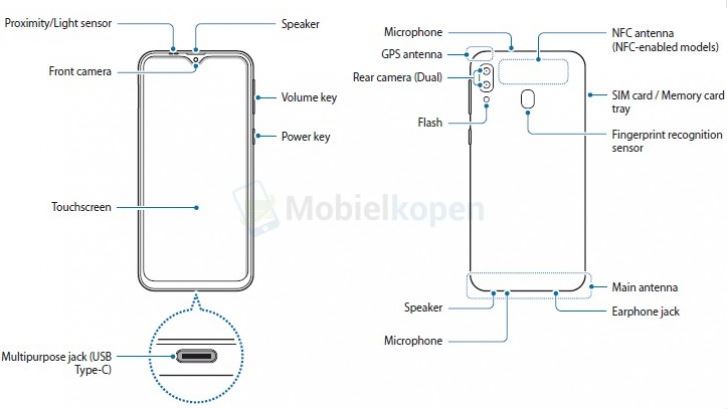 They show us that water drop notch (for Samsung’sÂ Infinity-VÂ display), as well as the fact that the headphone jack is in – nestled at the bottom near the USB-C port. The Galaxy M20 features a dual rear camera system, as well as a fingerprint scanner in its vicinity. The volume and power keys are on the right.

The entire Galaxy M series is expected to launch in India first, where it will be exclusive to Amazon.

Will Apple End Up Like BlackBerry If It Continues This Way?