To confirm the authenticity of any information these days, or we should call it fake news has become one of the major issues affecting the society and businesses in general. Several platforms that unwillingly proliferate fake news have tried to add filters that would prevent fake news from becoming viral, but none are 100% effective.

Microsoft Edge, the mobile browser that is known to offer mobile its users continuous browsing experience from their AndroidÂ phoneÂ to Windows 10 device, has just announced that it will joining the army against the spread of fake news.

The application has been recently updated with a new feature called NewsGuard, which is meant to identify fake news and prevent them from spreading among consumers. 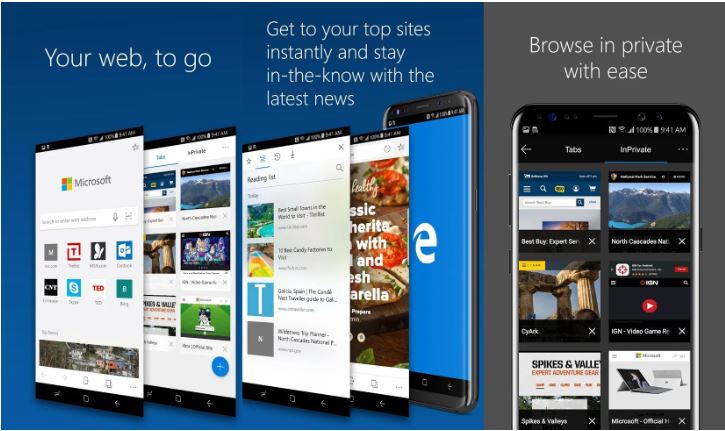 NewsGuard uses journalism to fight false news, misinformation, and disinformation. Our trained analysts, who are experienced journalists, research online news brands to help readers and viewers know which ones are trying to do legitimate journalismâ€”and which are not.

The new feature has been available for Microsoft Edge beta testers for a few weeks before being released in theÂ Google Play Store. NewsGuard is expected to arrive on iOS devices as well since Microsoft tested the feature on iPhones as well.
BrowsersFake NewsMicrosoftMicrosoft Edge
Share