The LG wants you to say goodbye to touch and embrace gestures. How successful are they going to do that the introduction of the LG G8?Â Well, very soon, we will know.

We are already getting a clue on what LG will be unveiling in the Mobile World Congress 2019 which will take place at the International Convention Centre in Barcelona, Spain.

The touch is a thing of 2007 to 2018 according to LG, as they will be launching the first smartphone which will be operated by gestures and the phone will be called the LG G8.

The company didnâ€™t give many details about the phone but a press conference will be held by LG in the lead-up to the main premiere.

Official launch date of the LG G8 is February 24th. According to many media outlets, the Save the Date email sent by LG also comes with a link to a YouTube video which gives us more clues about the companyâ€™s next phones.

It is very obvious that LG want to put a cryptic end to the touch-based smartphone interaction and unveil the gesture control smartphone at the worldâ€™s prominent mobile event. Although, the concept of touchless interactions is a thing that has been on various LG design patents for the past few years, itâ€™s still a little surprising.

There is a high probability that the next generation LGâ€™s will be 5G enabled, and besides that, there havenâ€™t really been leaked details for the smartphone. The phone will most likely run on Qualcommâ€™s latest chipset which is the Snapdragon 855.

It will also be powered by an octa-core Kryo 485 CPU, accompanied by an Adreno 640 GPU. The SoC also includes a fourth-generation AI processing engine as well, and this gives 3Ã— the performance for related apps than previous chips. 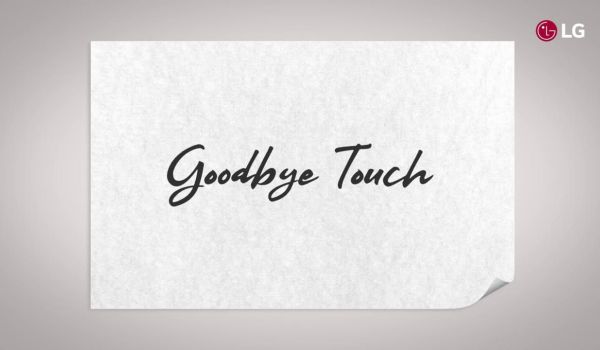 One of the latest technology known as the Sound-on-Display might also accompany the LG G8 and this will enable the screen to also act like a speaker membrane other than traditional speakers. This will also give space for other components of the phone and increase to the screen-to-body ratio and most likely get rid of the need to include a notch in the smartphone.

Even though there have been so many leaks about the next lines of popular smartphones like Huawei, Samsung, and some others, LG has been very secretive with its specifications. This doesnâ€™t even dispute the fact that there will be an exciting innovation coming from the company, and the new advertisement from the company implies that this is the most innovative year of the company.

The company is not even giving any clue about its rumoured modular or foldable dual-screen smartphone, though it literally gave a confirmation on two things the company will be unveiling by February. We are sure that the company will also be talking about the viral 5G.

There is also an infographic shared by the company which made it known that it will also be playing the 5G game. One thousand users in USA and South Korea were surveyed to make inquiry about what their expectations of 5G.

Surprisingly, over five hundred of them did not know that they really need to purchase a new 5G-enabled device to make use of the 5G and none of them were really concerned about the price. In a nutshell, LG could be thinking of launching an expensive top-notch 5G smartphone.

Either the two features will be in the same smartphone, we are still puzzled. Either it is also modular or foldable, we are also puzzled. If your curiosity is very high, you should definitely save the date for its press conference at the Mobile World Congress which will happen on the 24th of February in Barcelona, Spain.