The revamping of the Motorola’s iconic RAZR clamshell is now getting a bit clearer. Through images from a patent filing (which Moto was reportedly granted) it’s now pretty easy to getÂ  a clearer image ofÂ what the 2019 RAZR will look like.

The phone will be a clamshell with a foldable OLED display embedded into it.

Looking at it from the outside, it will appear like a similar design to the original phone, down to the rounded bottom (where the speaker will be). But, on the inside there looks to be a one-piece display with a notch on the top (for the earpiece). There are hinges in the middle of the phone’s body.

The on the outside it appears there are two cameras and a secondary, smaller display, just like on the original RAZR V3. 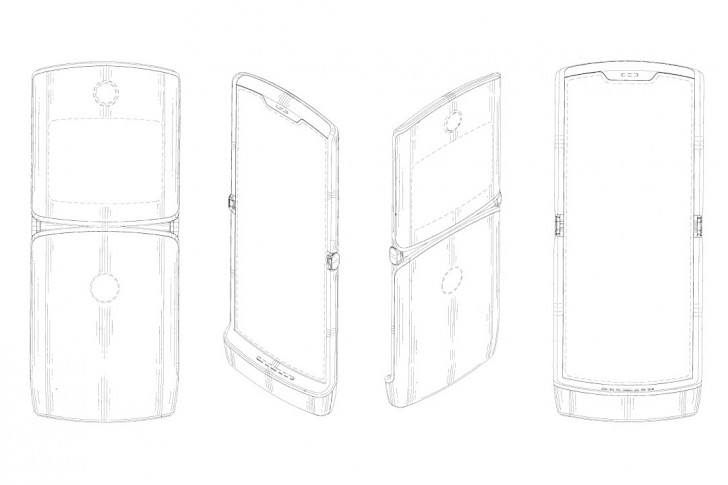 Rumor has it that the Motorola RAZR 2019 will be announced as soon as next month but that it won’t see global availability.

The phone will likely come with a price tag ofÂ $1,500Â and will be Verizon-exclusiveÂ in limited 200,000 supply.