According to a screenshot shared by Reddit member sanju2cool, Google has introduced and already rolling out a new messages feature for the Android version of Google Maps.

The Messages tab allows Map users to engage in IM conversations with businesses. Itâ€™s not yet clear how many companies are taking advantage of this new feature yet. When we tapped on the Messages listing in the Google Maps settings, a page comes up that says users can contact businesses by tapping the “Message” button on their Google page (see image at the top of this article). 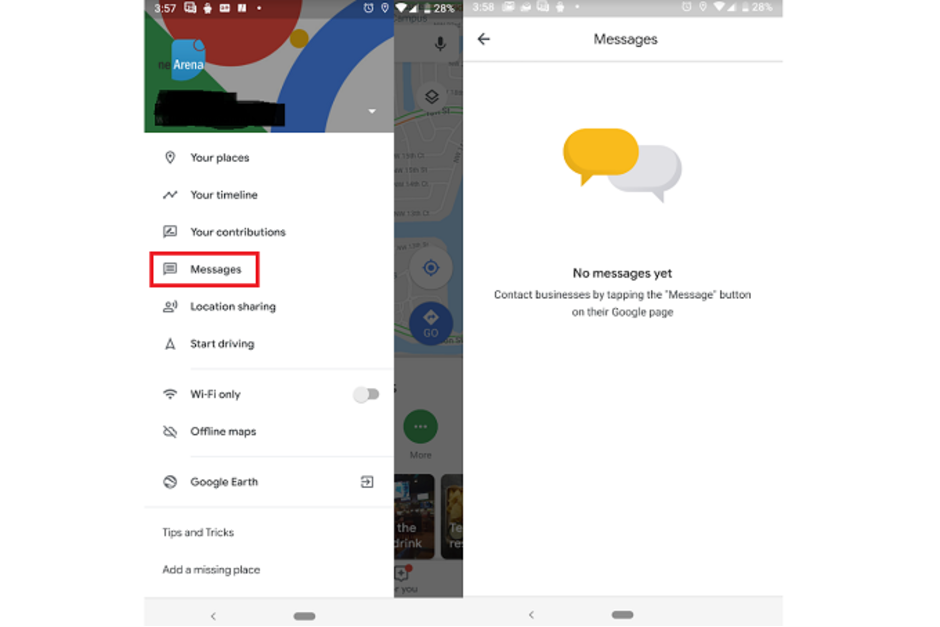 With all the messaging apps available to Android users, adding this feature is not an attempt by Google to add another app you can use to chat with friends and family members. The feature has a more specific use, such as finding out information about a store or local business that can’t easily be found on its website.

And sometimes it isn’t so easy calling businesses on theÂ phone. Have you ever tried to reach someone at Home Depot or Walmart with a phone call?

One Reddit user notes that he is in charge of the online marketing for a nightclub and has the Google Maps Messages feature enabled for this business. While he says that Google Maps users often visit information about the club on Google Maps, he has yet to field a message from a Maps user. He wonders whether that is because Google has yet to promote the feature, or it is because a nightclub isn’t the kind of business that this new feature is designed for.

How To Perform A SIM Swap On A Deceased Phone Number