Facebook is introducing an interesting feature called Community Action. The latest addition offers you the opportunity to file for petition and make Political demands.

Community ActionsÂ could unite neighbors to request change from their local and national elected officials and government agencies. But it could also provide vocal interest groups a bully pulpit from which to pressure politicians and bureaucratsÂ with their fringe agendas. 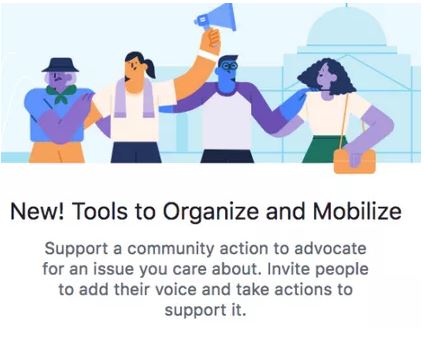 With the new community Action features, users can add a title, description, and image to their Community Action, and tag relevant government agencies and officials whoâ€™ll be notified.

The goal is to make the Community Action goÂ viralÂ and get people to hit the â€œSupportâ€ button. Community Actions have their own discussion feed where people can leave comments, create fundraisers, and organize Facebook Events or Call Your Rep campaigns. Facebook displays the numbers of supporters behind a Community Action, but youâ€™ll only be able to see the names of those youâ€™re friends with or that are Pages or public figures.

This is so similar to Change. Org but it wonâ€™t replace change.org at the moment.

The new feature will start rolling out to the US as from tomorrow, then followed by other countries after weeks of testing.

How To Transact With The Firstbank Transfer Code (*894#)