Apple has acquired a patent for a poisonous gas detector technology that could be built into Apple smartphones and wearable devices.

There are so many little known dangers in the world, and one of them is exposure to poisonous gas. These gases can be very difficult to notice by people in most cases. Poisonous airborne chemicals such as carbon monoxide have the ability to kill if not taken care of within a little time interval.

The issue with this type of hazard it the fact that some kind of detection device is required, because such gases are often without smell or colour. They are difficult to detect without technological tools.

It looks like future iPhone and Apple Watch models just might be life savers in emergency situations, thanks to a new development.

Apple has been given a patent for a device that can detect the presence of dangerous gases, such as carbon monoxide. This feature will most likely be added to the watches, phones, and other gadgets from Apple.

It is actually not a new thing to add gas detectors to devices, but the term â€œchemically robust miniature gas sensorsâ€ was added to the patent application, in deciding the production of detectors to maintain their accuracy.

Through the published patent application of Apple, we found out that these sensors from the company could someday be used in smart home and Internet of Things devices as well.

The presence of carbon monoxide was also used to exhibit these sensorsâ€™ on their website. Many people get killed by this poisonous gas every year, and the most surprising part is that people wonâ€™t be able to detect it naturally because the gas is invisible, tasteless, and even odorless.

ALSO READ:  How To Install Fortnite Mobile On Your Android Phone

Apple says that Metal Oxide Gas detectors will be part of the most promising technologies to be included in customer devices, due to the fact they consume low power, small in size, with a simple architecture, and they are very compatible with semiconductor fabrication processes.

Meanwhile, the company warns that chemical poisoning, humidity, and deactivation of detector materials can cause a shift in both sensitivity and baseline resistance. This will potentially affect its poisonous gas detector hardware and perhaps render it useless.

As a solution tot hat issue, Apple created a silicon-based substrate that this comes with electrodes deposited on it and a gas-sensing layer covering the electrodes. It also has an adsorbent layer which can filter components of a gas mixture and only allow the passage of the selected gases (methane, carbon monoxide, etc) to the gas-sensing layer.

Multiple common gases could be detected with the proposed poisonous gas detectorÂ  sensor, and a granular metal oxide semiconductor material will most likely be used to construct the gas-sensing layer. A configuration could be made in such a way that the layer will convert a selected gas concentration into electrical resistance. 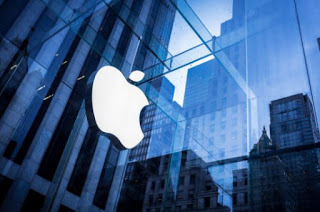 Apple users will be notified by a mini gas sensor in their iPhone or Apple Watch if they are in an environment polluted by poisonous gas. This feature will make the gadget also act as a portable gas detector that is with you almost all the time. There are some advantages of these mini gas sensors such as enhanced poisoning resistance, improved stability, and reduced signal interference.

This patent was filed by Apple in 2018. While this is a very interesting concept, there is no official word from Apple yet about fitting it into any of their existing products. We will have to wait to see if and when a poisonous gas detector of this type makes it to commercial production.

But we are betting that it is only a matter of time. Health and fitness is a huge selling point of smartphones and wearables today. That is not likely to change.