It’s been expected for long and it has finally done it.Â This yearâ€™s controversial YouTube RewindÂ is now the one with the most dislikes on YouTube with over 12 million dislikes. 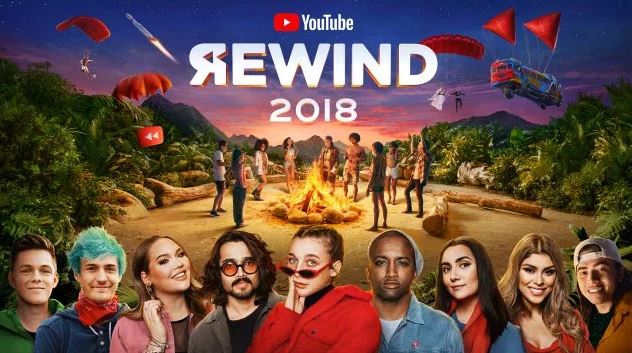 The amazing thing is that it has managed to surpass the long time champ in the dislikes department,Â Justin Bieberâ€™s â€˜Babyâ€™Â video, which had garnered its dislikes over the last 8 years. YouTube Rewind 2018 managed to do this in only 10days. It is also cool to note that the dislike count on 2018â€™s YouTube Rewind is approximately 10% of the current view count, which is really high. Compare that with only 0.5% on Justin Bieberâ€™s case.

This video has been criticized by YouTube viewers as well as the creators themselves where the common rhetoric is that it didnâ€™t represent fully the events that happened over the past year on YouTube.

One creator that was present in the video is the well knownÂ MKBHDÂ who recently published a videoÂ describing why he didnâ€™t like the video. His argument was that YouTube was trying to be more friendly to advertisers as well as trying to include as many creators as possible and combining these aspects made it a jumbled mess. Also the fact that creators and audiences see YouTube as a different thing while YouTube sees it as something completely different.

Well, YouTube has their work cut out for them in 2019â€™s edition of YouTube Rewind. They know they will not be able to please everyone but this level of backlash towards their video could make them make it as simple as the firstÂ YouTube Rewind back in 2011