Samsung One UIÂ is the latest Samsungâ€™s custom skin the replaces the current UI, Samsung Experience. And it’s going to be lovable by me from the first impression. This was announced by the Korean giant yesterdayÂ during its annual developers conference (SDC 2018).

TouchWizÂ was Samsungâ€™s first Android skin and was released back in 2010. The custom UI was perhaps disliked by many after some years. But Samsung got to work and replaced it with Samsung Experience in late 2016. TheÂ Experience UIÂ is a huge improvement over TouchWiz.

From what we have seen of Samsung One UI, we are excited about it and looking forward to January 2019 when it will be rolled out with Android 9 Pie update to its devices.

Samsung introduces it this way:

One UI helps you focus on what really matters to you. With hardware and software working together in harmony, see only what you need, usingÂ and viewing your phone with an experience that feels second nature. Because itâ€™s the small details that make a big difference.

One UI packs all the extra features and customisation options that Experience UI already offers. The big change is in the user interface â€“ what we see and how we experience it.

Samsung says one key thing they did was declutter the screen so everything is easier on the eyes. I like. 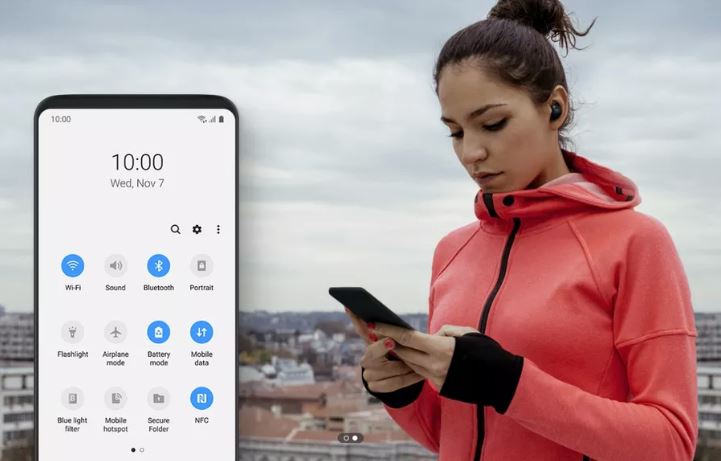 And then, there is Night Mode for easier reading and usage in the dark. Can I hope for a system-wide implementation of this? I shall keep fingers crossed.

One UI will be arriving in January 2019 as part of Android 9 Pie update for theÂ theÂ Galaxy S9,Â S9 Plus, and Note9.

Do You Want To Beta Test?

If you are adventurous enough and are resident in China, France, Germany, India, Poland, South Korea, Spain, UK, or the USA, you can join theÂ One UI Beta Program and beta test it before the public release.

To get started, download the Samsung Members app to your Samsung phone, login, go to Notices and selectÂ â€œOne UI Beta Program Registrationâ€ to submit your request. Once approved, dive into your phone settings to the Software update menu to check for and install the Samsung One UI beta software.

All You Need To Know About MTN Device Financing