Samsung is planning to unveil its first foldable smartphone in March, along with a fifth-generation (5G) network-powered Galaxy S10, industry sources in Korea said today.

According to the sources, the South Korean tech giant plans to launchÂ the flagship Galaxy S10Â smartphone in February, followed by theÂ assumed foldable Galaxy FÂ and another edition of the Galaxy S10 that runs on the 5G network in March, Yonhap news agency reported, according to IANS. 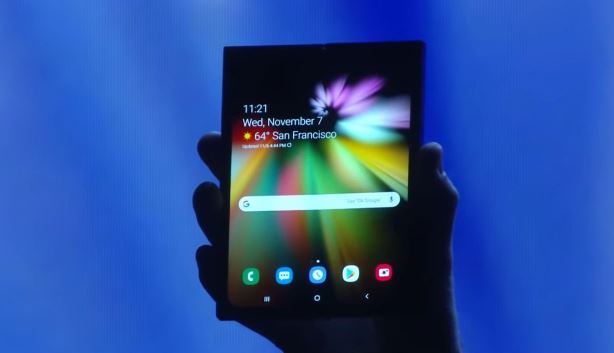 Though the price of the foldable smartphone is yet to be decided, industry watchers suggests that it may cost around 2 million won ($1,770). The steep price is expected to limit sales.Â Itâ€™s not yet known whether Samsung will release the foldable phone in every market it operates or whether it will have a limited production run and restricted availability.

Samsung said the upcoming foldable smartphone will fold inward and will sport a 7.4-inch screen when unfolded and have a 4.6-inch display like a regular smartphone when folded.