Traditionally, Google unveils its new Pixel devices but not everybody gets opportunity to own one, either by choice or unavailability in a specific market. However, we help our readers get most of its features without buying one. While you will need to get theÂ Pixel 3Â if you want the complete Pixel experience without any restrictions, if you cannot afford it, you can as well make your current phone feel and behave like the Pixel 3 to an extent.

So, if you are interested, let’s go ahead in finding out how you can get Google Pixel 3 features on any Android device:

How To Get Google Pixel 3 features on Any Android Phone

This tutorial is going to be a bit more complicated than your regular tutorial as many of the features that we mention have device restrictions so it may not work for every phone. I will talk on these restrictions with every point, so be sure to read it before you try this on your phone. With that said, letâ€™s see how we can get Google Pixel 3 features on your Android device:

Probably, the new Pixel 3′ camera is the biggest enhancement. Thanks to Googleâ€™s focus on software-based photography,Â even non-Pixel 3 users will be able to utilize the camera app to enhance their phoneâ€™s camera performance. The Google Camera mod can be downloaded byÂ clicking on this link. After installing the Camera mod, you will be able to access the following features:

The developer of this APK has promised thatÂ the app will be updated to bring more features such asÂ Top Shot, and Motion FocusÂ in the future. This means that eventually you will be able to use all the Pixel 3 exclusive features on your device which is just great.

Restrictions:Â The app seems to work only on Android Pie devices as of now.Â

While you can wait for the above Google Camera mod to get the PhotoBooth feature update, there are other ways to get this feature right now and you donâ€™t even need Android Pie for this to work.Â To get PhotoBoothÂ on your Android device, just click on the link to download and install theÂ Selfie Camera Auto appÂ from the Play Store. Once you installed, you can use the app to capture selfies automatically just like you can by using the PhotoBooth feature on the Pixel 3. 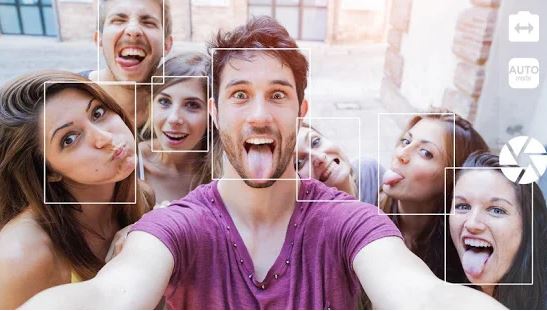 Aside the wonderful and amazingÂ camera features on Pixel 3, Google also introduced improved augmented reality stickers which look much more realistic than their previous iterations. Google also re-branded the AR Sticker feature which is now known as Playground 2.0.Â Though this feature is exclusively for the Pixel 3 for now, you can use this on your own device. All you need to do is install the Google Camera mod 6.1 (mentioned above) and then install all the new sticker packs separately.

Note:Â The app seems to work only on Android Pie devices now. Most stable on Pixel devices.

As you can see, the Google Camera features need Android Pie to work. That means that not many old Android devices will be able to utilize these features. Thankfully,Â thereâ€™s also unofficial Android Pie port available for many deviceswhich you can install to run the Google Camera mod app. The list of devices which have receive Android Pie port include the OnePlus X, OnePlus 2, OnePlus 3/3T, Moto Z Play, Asus ZenFone Max Pro, Redmi Note 5 and more.

One of the best features of Pixel 3 is the Digital Wellbeing which helps you maintain a balance between your virtual and real life. Basically,Â the feature captures your smartphone usage and shows you important metrics such as the daily pickup and usage time, the app you spend the most time on, the app that sends you the most notifications, and so on. The feature also allows users to put restriction on certain apps so that they can spend more time away from their phone.

Do note that, you need to be rooted for this feature to work. The device needs to be unlocked, runningÂ TWRP custom recoveryÂ and rooted usingÂ Magisk.Â You can learn more about rooting your phone by clicking on the above links. Once your device is rooted, you need to download and install theÂ Digital Wellbeing APKÂ andÂ Digital Wellbeing EnablerÂ by clicking on the links and then use Magisk to enable it.

Note:Â The app seems to work only on Android Pie devices for now.

Another small but nifty feature coming with the Pixel 3 is the flip to shush feature whichÂ allows users to activate DND mode by just placing their phones face down on a surface. Google has introduced this feature to make people more social so that they spend more time talking to their friends than looking at their phone. To get this awesome feature on your phone, all you need to do is download and install theÂ Flip DNDÂ app from the Play Store. Once installed, just grant the app necessary permissions and it will put your phone into DND mode once you put it face down.

While this feature was introduced with the Pixel 2, it still remains one of my favorite features of the newly released Pixel 3. The feature, if you donâ€™t know,Â allows the phone to automatically recognize any song that is playing in the background. While it does it offline in Pixel phones, to enable this feature on non-Pixel devices, we will be using the popular song recognizer app,Â Shazam. Thereâ€™s a feature inside the Shazam app called Auto Shazam and it recognizes the songs playing nearby even when your phone is locked.

The Auto Shazam feature is available under the Settings menu of the app. You just need to enable the toggle next to it and the app will automatically identify songs in the background for you.

Another cool Google Pixel 3 feature is its always-on display which displays information such as time and weather even when the device is locked and in stand by mode. This is a very handy feature as it allows users to get access to quick information without waking up their device. To get this feature on older Android devices,Â we will take the help of a third-party app calledÂ â€œAlways on Display â€“ AMOLEDâ€ which is completely free and can be downloaded from the Play Store. Once you have installed this app and granted it the necessary permissions, you will get the ambient display feature just like the Pixel 3.

Every new Google Pixel comes with its own set of wallpapers which you cannot find on any other device.Â These wallpapers are really beautiful and will look really cool on your devices. To get these wallpapers for yourself, all you need to do isÂ click on this link and download them. Once downloaded, you will be able to use these live wallpapers to beautify your own Android device.

As you can see, there are many Pixel 3 exclusive features that you can get on your device if you are ready to spend some time on configuring your phone. I really like these features and I hope that you will enjoy using them as much as I did while testing them.

Let us know if you encounter any problems while getting any of these by writing in the comments section below. We will be happy to help you out.

13 Ways You Can Pay For Your GOtv Subscription Without Stress