Google rolled out theÂ Files Go appÂ in last year December and as the name suggests, it was meant for Android Go platform. Factually, it gained a great popularity (even among regular Android users) to an extent that the app is now rebranded to just â€œFiles by Googleâ€.

Files Go was meant to aid you in cleaning out the clutter out of the limited storage on Android Go phones. 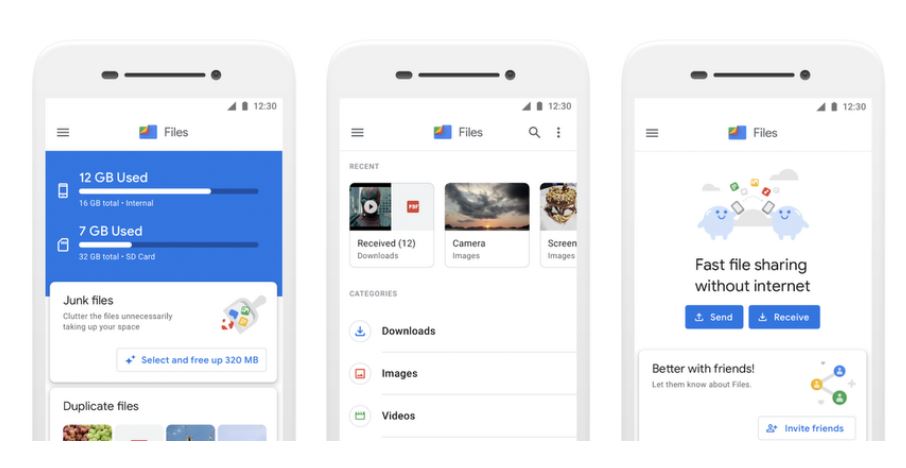 But Google noted that the app has grown to 30 million monthly users, some of which were using powerful phones with plenty of storage. We guess itâ€™s easier to lose a file in 128 GB of storage than in 8 GB, such lost files pile up and take up room.

Itâ€™s not just a simple re-branding, Google also redesigned the app to put your content front and center. All the original functionality (including offline file sharing) is still in there.

You can grab the Files app fromÂ HEREÂ (note: at the time of this writing the Play Store hadnâ€™t updated yet).