By Andre Falana On Nov 7, 2018
Share
Join Us On Telegram
Related Posts

Some Key Features of Apple iOS 12.1

With the newÂ Apple iOS 12.1, Face-Time becomes easier and flexible whether youâ€™re joining a call or adding a person and reaches a multitude of 32 person simultaneously. The Face-Time feature also gives you a silent notification to join a call.

The new feature then sorts out active and passive participant in a conversation based on speech duration, volume and motion. This means that those that are active are highlighted at the top while the passive Â appear at the bottom. Other functions are message integration and privacy of both one-on-one and multi-person conversation. However, others will also need the update for the feature to work. 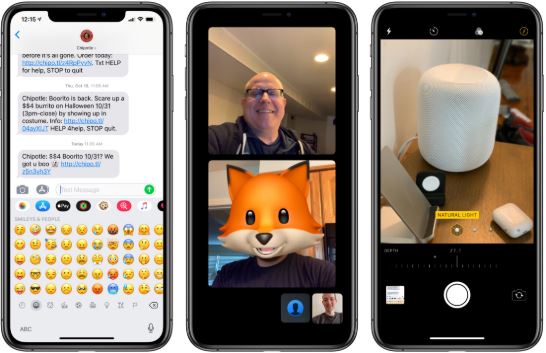 Next up is the Emoji. The Emojis have become inseparable with our conversation and we just love how they spice up our chat and add fun to it. According to Apple, â€œEmoji are used by people all over the world to communicate and iOS 12.1 brings even more characters to the keyboard that better represent global users.â€

This latest version of iOS now has over 70 new emojis, giving you a diverse range of characters to choose from and more ways to express yourself. The new emoji include six new smiley faces (hot, cold, partying, woozy, pleading and a face with 3 hearts) and six new people faces (red heads, curly, white and no hair). There are also food emojis, animals and sports.

The Depth Control feature allow you to add finesse and some level of professionalism to your portrait images. You can now adjust the field depth before and after image capture with Appleâ€™s adjustable bokeh â€“ the background blur. All you have to do is press the â€˜fâ€™ button on the upper right corner of the camera.

The update also adds dual SIM support for the XS, XS Max and XR with a nano-sim and digital eSIM.

You can download or install iOS 12.1 on supported iPhones and iPads by going toÂ SettingsÂ â€“Â GeneralÂ â€“Â Software update.