Marketing your product through an influencer is a new and effective form of marketing. From generating hashtags to creating awareness and even brand endorsements, digital marketers are using influencers to achieve it all. The use of celebrity influencers has been of recent been gaining a good momentum, as it is believed that fans of these celebrities are likely to desire a brand that their â€œidolsâ€ are associated with. 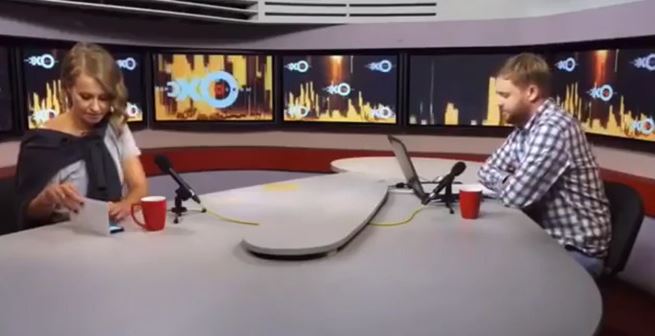 Well, when it comes to advertising a certain brand, common ethics and practice demands that the influencer in question is forbidden from using the competitors products or else this the whole campaign will be meaningless. This little fact seems to always get missed by the influencers. In the past, brands have always brushed off instances where their influencers are caught using competitors phones but Samsung seems to have gotten tired of this.

According to aÂ report, the popular Russian TV personality Ksenia Sobchak, also a Samsungâ€™s brand ambassador, though that title has been taken away from her and a lawsuitÂ placed in its place, was captured using an iPhone X during a TV interview.

Despite her attempts to hide the phone from the cameras using a paper, anyone with an eye was able to pick out that its an iPhone. Sources indicate that this is not the first time she has been caught using the iPhone. Apparently, the iPhone X is her personal phone and she prefers using it over the phone sheâ€™s been paid to use and endorse.

Samsung did not take this betrayal lightly as the company has reportedly sued Sobchak for an equivalent of $1.6 million. There are no details regarding the lawsuit but such a move sets precedence and serves as a warning to celebrity influencers on the kind of products they agree to push.

MediaTek Announces Helio P70 – A Faster Variant Of The P60