The media seems to be getting restless again with the leaks surrounding the Samsung’s upcoming Galaxy W2019 flip phone. We now have some information about the device, courtesy of the TENAA. 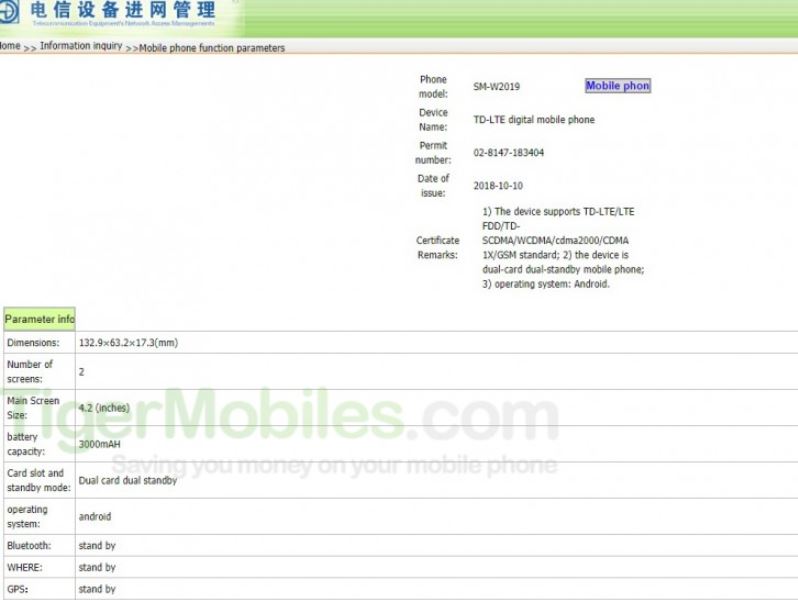 From earlier leaks, the clamshell phone will have the same dual camera as the Galaxy Note9 and S9+ and will possibly be powered by a Snapdragon 845 chipset instead of the Exynos 9810, since itâ€™s China-only availability.