Of course, the Samsung Galaxy S10 is yet to be official and not even anytime soon, but it appears it’s not going to be save from leaksters. We are already are getting some leaks related to the Samsung next year’s flagship. And one of the leaks claims that the phone will have triple cameras at the back.

Yes, we already have a Samsung smartphone with 4 cameras on the rear but we are talking of a flagship with 3 cameras and we know thatÂ the best cameras are always built into flagships. TheÂ Samsung Galaxy S10Â is where the real magic will happen.

How The Samsung Galaxy S10â€™s Camera Will Look like?

TheÂ leaksterÂ says that the Galaxy S10 will have a main camera with dual aperture, a secondary one with an 123Â° field of view ultra-wide lens, and the third, a telephoto lens.

The megapixel ratings of the triple camera setup will be 12MP, 16MP and 13MP respectively. 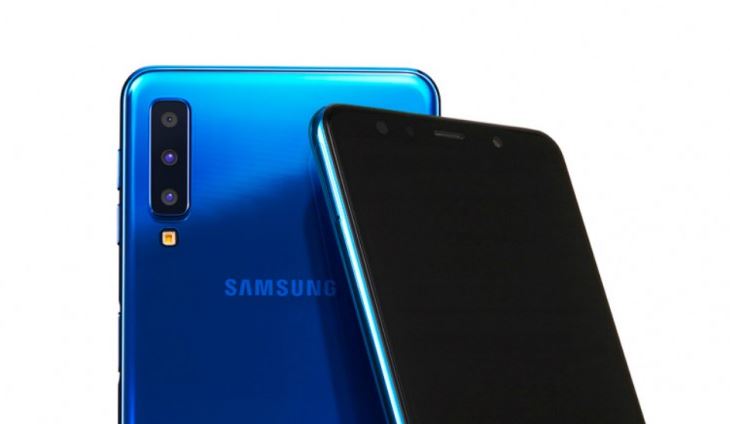 Of course, it will have an edge-to-edge display, and probably look like the phone in the image below. Yes; near-zero bezels all round.

Maybe, it is time to say farewell to that rear fingerprint sensor spot on Samsungâ€™s flagship devices.

Finally, Galaxy S10 may come with 5G network support. Samsung will not want to play catch up, as mobile networks in the USA and elsewhere around the world will be launching 5G networks in 2019.

In all, it looks like the Samsung S10 is going to be revolutionary in more than one way. Expected date of announcement is February 2019, and the phone should start selling within a month of its official unveiling.

We shall keep updating this page with more information as they become available. Stay tuned.

Why Popular Phone Brands Are Ditching The 3.5mm Jack