Samsung has filed a patent that describes a method to make the entire display of a phone into a fingerprint reader. Currently, the in-display fingerprint readers we have around are not any bigger than the old readers and are fixed in place, making it a bit less convenient as they ought to be.

The patent describes an optical reader and specifically notes that it can be applied to foldable phones. This type of sensor will give apps more freedom in positioning the authentication UI on the screen so it will be used in tablets and other devices as well. Hereâ€™s how Samsung imagines the reader: 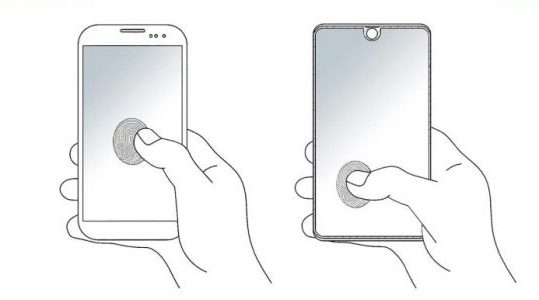 Thinking about the notch?! Donâ€™t worry about that in the image, chances are that Samsung is looking to sell the all-display fingerprint reader to other manufacturers instead of adopting the notch. Anyway, the new reader requires a low-power processor to wait for the user to touch the screen while the main chipset sleeps. 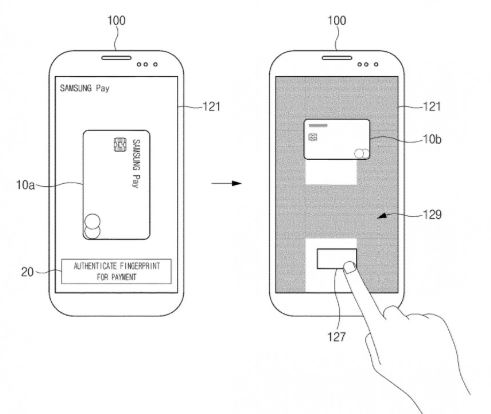 The reader will scan a finger three times, each scan requiring about 20-30ms. The brightness of the screen is adjusted between each scan (which takes about 200ms) for improved resilience and accuracy. The display goes typically between 200 nits and 600 nits and even a local â€œhigh brightness modeâ€ is used to go over 1,000nits.

In total, it would require around 700ms to complete a scan, which in line with Synaptics optical fingerprint reader.