Earlier, the president of company that OnePlus will be one of the first companies to implement a 5G smartphone with the Snapdragon X50 modem, and later the company unveiled the gaming-based Snapdragon 675 chipset with new CPU cores as an improvement of the still fresh Snapdragon 670.

The biggest update is the improved processor with Kryo 460 cores. Two of them are based on the new Cortex-A76 for performance and can reach up to 2 GHz speeds, while the other six are for efficiency and are based on Cortex A55. The ISP and the GPU remain the same as in the Snapdragon 670, respectively Spectra 250 and Adreno 612. 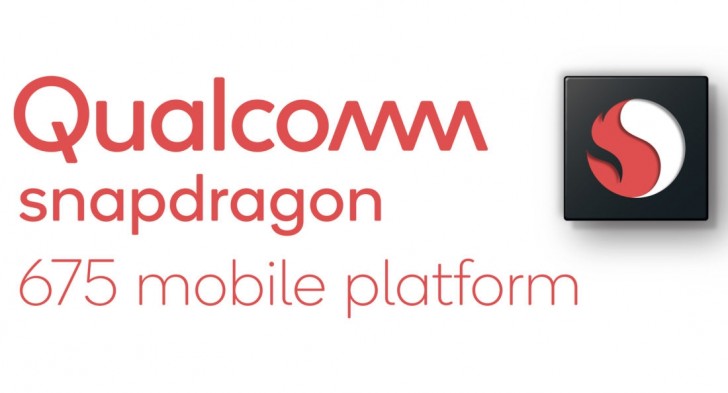 The new chipset comes with a number of gaming optimizations, including engines like Unity, Unreal, Messiah, NeoX. There is also the support for popular tools and APIs including Vulkan, OpenGL 3.2, OpenCL, and Snapdragon profiler.

The camera capabilities have also been boosted and the chipset supports triple cameras up to 16 MP (or a single shooter with 25 MP sensor). The change comes when the picture is taken with the new multi-core AI Engine, promising to deliver up to 50% overall improvements.

The Snapdragon 675 will support Quick Charge 4+ technology for all the manufacturers that are ready to implement it in their devices. 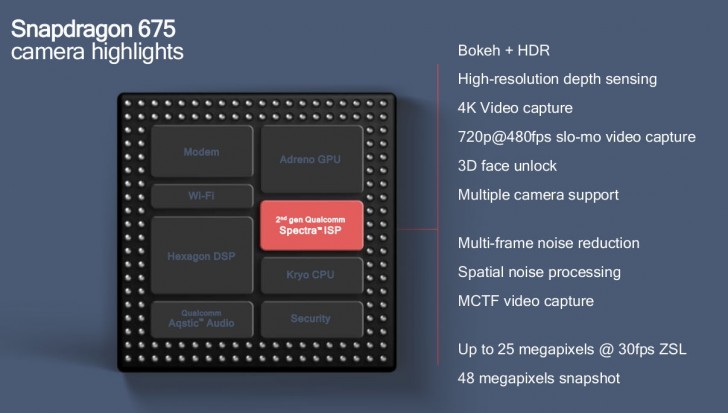 On the connectivity side, we also see Bluetooth 5, Dual VoLTE, Dual-band Wi-Fi 802.11 ac with MIMO 2×2, all the popular location-based platforms and Cat.12 download speeds up to 600 Mbps. The platform is already available to OEMs and will arrive in consumer devices in early 2019.