A smartphone by Oppo has reached 5G Internet speeds just two months after completing the first 5G tests. According to an image of a device shared on Weibo by Oppoâ€™s VP and President of the Business Department in China Brain Shen, the company has managed to open the company webpage over 5G speeds, revealing that it is moving closer to the unveiling of a phone with next-gen connectivity.

The smartphone is built around the Oppo R15, but with a fully integrated 5G system board, RF, RFFE, and antenna. The test was done in Oppoâ€™s communication protocol laboratory where it teased the X50 modem from Snapdragon back in August. Shen said the company is aiming â€œto become the first brand to release real commercial 5G smartphonesâ€. 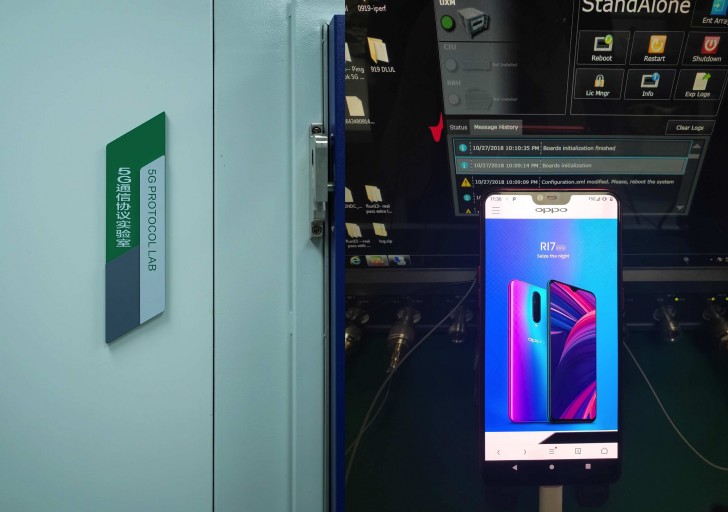 Currently, Oppo is working with Qualcomm in developing a 5G-enabled device, with the partnership being announced recently at the Beijing 2018 Qualcomm China Technology and Cooperation Summit. The announcement comes as a response to the OnePlus claim of launching a 5G flagship by the first half of 2019.

Another fellow Chinese company striving for the next-gen connectivity is Xiaomi with the latest Mi Mix 3 where a 5G variant was promised to arrive in Europe in Spring 2019.