Mozilla FireFox browser will soon get an in-built VPN which similar to that of Opera inbuilt VPN for web.

This was announced by the company via a blog post. It stated that it’s going to run an experiment, testing an in-browser VPN service with a small group of Firefox users.

The experiment is expected to start on 24 October, with an offer to purchase a monthly subscription to a VPN service. 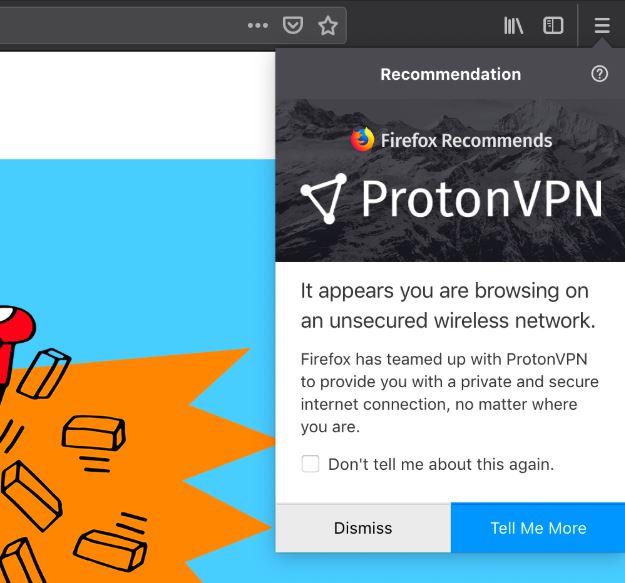 The selected users will be able to download and install the VPN software after signing up for a paid subscription, which will have support for Windows, macOS, Linux, iOS, and Android.

Mozilla said the VPN can be easily turned on and off, and the subscription can be cancelled at any time.

However, Mozilla decided to partner with ProtonVPN to deliver the services

As a company [ProtonVPN] has a track record of fighting for online privacy and they share our dedication to Internet safety and security,”

ProtonVPN offers a secure, reliable, and easy-to-use VPN service and is operated by the makers of ProtonMail, a respected, privacy-oriented email service.

Mozilla will be the party collecting payment from Firefox users who decide to subscribe. 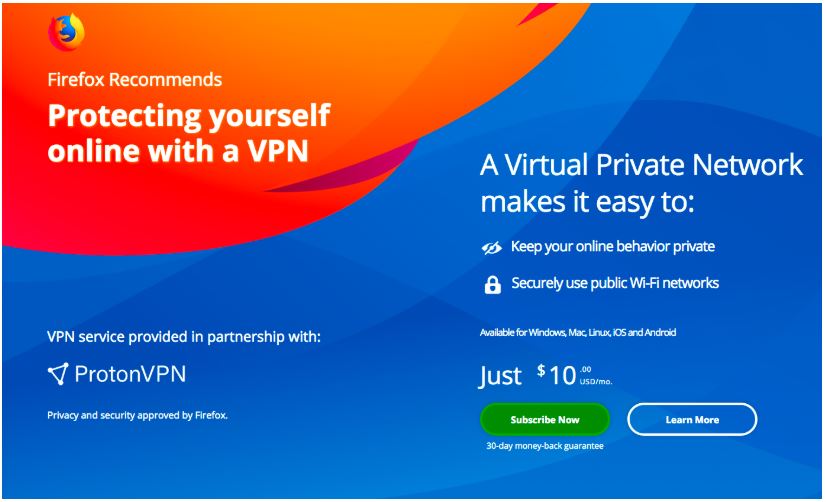 A portion of these proceeds will be shared with ProtonVPN, to offset their costs in operating the service, and a portion will go to Mozilla.

Join Us On Telegram
ALSO READ:  How To Disable 'Preloading Pages' Option Of Microsoft Edge
Advertisment

The demonstration of the in-display fingerprint scanner