Wi-ChargeÂ is different from the trendyÂ Qi standard.Â It isÂ a newÂ long-range Wireless ChargingÂ technology that does not require a wireless charging pad like the later.

Since the life of an en electronic device like our smartphone is battery, then we must do every possible best to make power available on the phone. Recent mobile devices are capable of controlling human lives these days and this makes them literally guzzle battery power due to their functionalities. Except for phones that have massive batteries built in, you will run out of power quickly if you use your smartphone intensively.

ALSO READ:Â How Does Wireless Charging Works On Your Smartphones?

Coupled with how modern batteries work, there is a need to be able to charge your phone while it is laying about, and if possible without the encumbrance of a cable.

Wi-Charge:Â No Need For Charging Pad

The latest wireless charging technology, called Wi-Charge, allows your phone to be powered up without the use of a cable or a charging pad.

Instead of using electromagnetic induction, Wi-Charge delivers power using narrow beams of infra-red light. Yes; and you though infra-red was dead and gone. A transmitter can be mounted on the ceiling to send focused and safe infra-red beams to the devices to be powered. As long as a device is within the line-of-sight of the infra-red beam, it charges.

This makes it perfect for offices with numerous staff, a lounge, restaurant or any public place. 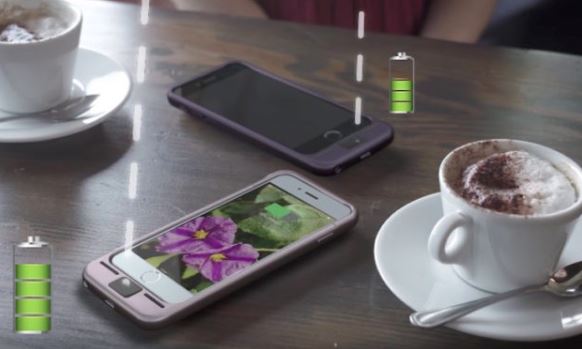 At this time, there are no phones already using the new technology, but we are likely to see a handful soon.

How To Browse Any Site With MTN mPulse Data Plan

A Fast Charge Technology That Can Charge Lithium Batteries…