SHAREitÂ appÂ is a mobile app for transferring files from one device to another. It works like the popular Xender.

Recently, there has been complaints from users, claiming they found Xender a bit problematic to use, especially at the point of getting the two devices to connect. SHAREit is a very capable alternative. As a matter of fact, some people swear that it is better than Xender.

How To Use The SHAREit App

Here are the steps to get started using SHAREit: 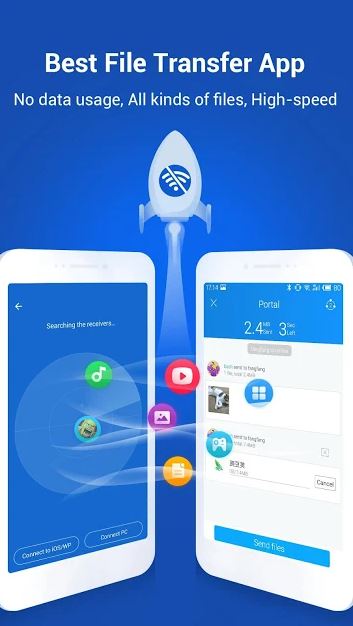 Once up and running, you can send SHAREit to another Android device without mobile charges via Bluetooth or hotspot. There is a â€œMoreâ€ button at the bottom of the page where you are presented with the two options. Tapping that button brings up three more channels for sharing â€“ WhatsApp, Facebook, and SMS.

The SHAREit app is made by the same developers behindÂ CLONEit, an app that helps people carrying over their pictures, videos, text messages, call logs and contacts over to a new smartphone. It is available for both Android OS and iOS devices.

To download the Android version of the app, clickÂ HERE.

To download the iPhone and iPad version of the app, clickÂ HERE.

Do let us know if you give SHAREit a spin. And if you have used both SHAREit and Xender, which is your preferred and why? Have you used any other file sharing app either?