Facebook Dating which was announced inÂ MayÂ is now on a testing stage in Colombia. This started last week. The online dating product is inbuilt within the Facebook app and is themed around an algorithmic powered home screen of suggested romantic matches based on data Facebook has on you. 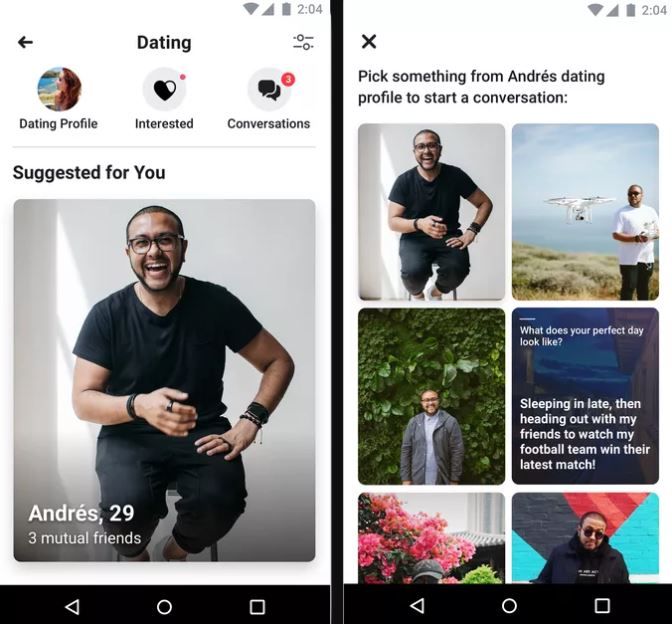 A user can only have a maximum of 100 people per day to express interest in. Thereâ€™s no swiping and it shows you friends-of-friends by default but you have the option of seeing people with no mutual connections.

Itâ€™s different from Tinder â€“ which Facebook believed to be a hookup app but looks like Hinge and OKCupid to find you a life partner. Privacy concerns have been taken care of from the opt-in nature to how itâ€™s almost siloed from Facebook. [Read more in-depth details about the app]

â€œWE WANTED TO MAKE A PRODUCT THAT ENCOURAGED PEOPLE TO REMEMBER THAT THERE ARE PEOPLE BEHIND THE PROFILES AND THE CARDS THAT THEYâ€™RE SEEING. WE WANTED A SYSTEM THAT EMPHASIZES CONSIDERATION OVER IMPULSE. WE WANT YOU TO CONSIDER MORE THAN THAT PERSONâ€™S PROFILE PHOTO.â€

Wisdom of a dating app aside, it remains very weird that Facebook often tests new, potentially socially disruptive features in developing countries before launching them in the US/EU. https://t.co/FRuXcpiYET

The news of the dating app tests is already raising questions with people recalling how past experiences in other regions have not gone so well. Also, hereâ€™s why we shouldnâ€™t trust the social media giant to play cupid.