In contrast to the Google Pixel 3 XL, the Mate 20 Pro has refused to be a center of attraction to leaks and and early previews. This is the first time the full renders and specs of the Huawei Mate 20 Pro will be surfacing. Though, we are unable to confirm their authenticity but itâ€™s a collection of previous and recent rumours.

The renders are said to be coming in three different finishes: Blue, Black, and Twilight. All color options have black bezels, as per the industry standard these days. Of course, the most attractive one is the Twilight, which looks more like the recently announced Morpho Aurora color for the P20 Pro that was announced last month at IFA.

These renders agrees with a few previous rumors. For example, The dual curved on either side of the display like on Samsungâ€™s Galaxy flagships. We also see the same triple cam setup arranged in a square, just as Huawei teased and as we saw in the renders of the alleged Huawei Freebuds 2 Pro. This render lacks fingerprint scanner – confirming the likelihood of an in-display fingerprint scanner. 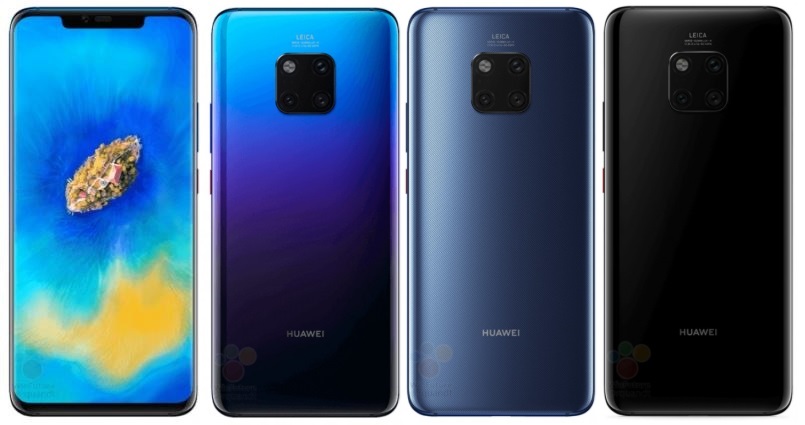 Weâ€™ve heard that the non-Pro Mate 20 may have a water-drop notch instead of a wide iPhone-like one, but considering that the Mate 20 Lite uses a â€œregularâ€ notch. Despite the case render leaks, we donâ€™t think this will be the case (pun intended). The same case renders suggest that the Mate 20 might have a fingerprint scanner and might feature the same square triple camera setup.

The Mate 20 Pro will be the first device to use Huaweiâ€™s new HiSilicon Kirin 980 CPU, Huaweiâ€™s first CPU with the 7nm process. Aside from that, not too much more is known about the Mate 20 Pro.

Well, there are a few camera features (underwater mode) that were uncovered, as well as the possible resolutions of both devices’ displays. There is also the possibility of a battery larger than 4,000 mAh.

Well, October 16 is just around the corner, we will be getting the confirmed details at Huaweiâ€™s launch event in London. 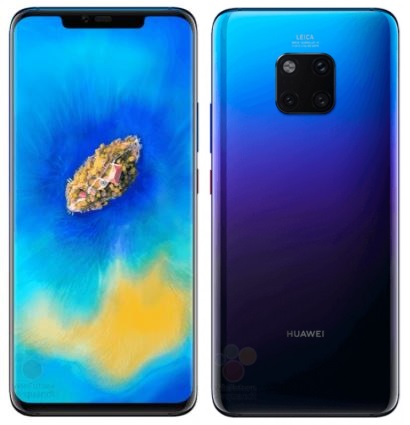