The Stories format introduced by Snapchat a few years back appears to be staying forever. Almost all the online platforms now like to bring the feature to down to their services. Following Instagram and WhatsApp and even the almighty Facebook itself, last November Google-owned YouTube launched its own with the name Reels.

Well, Reels appears to be dying so soon, however coming back as Stories now. And it’s recently been rolling out to more people as an extended test. In 2017, only creators with more than 10,000 subscribers had access to Reels, and it’s unclear if this limit still exist, but you might already see it in a top bar in your YouTube app. 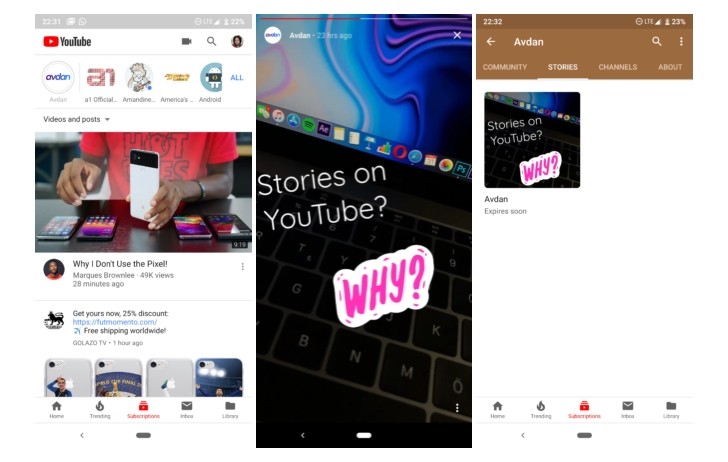 The format itself looks very similar to Instagram’s, but then that itself was created to emulate Snapchat’s original. On YouTube, there is a red ring around the avatars of accounts that have created Stories, which makes sense considering the color used for the service’s branding. At the moment you can’t comment or reply to stories, but that could change in the future.

To create a story,

Note: This is in a limited rollout phase at the moment, so you may not see that button yet.

While I appreciate that YouTube has decided to come clean about its intentions and call Stories what they are instead of the awkward-sounding Reels, one question still remains: does the service actually need Stories? I assume only time will tell.