Microsoft provided a way of linking your phone to your desktop, thanks to a couple of Windows 10 revisions released sometimes ago. That has been way by Microsoft to take advantage of the mobile revolution.

The companyâ€™s latest move is reinforcing that â€˜link to PCâ€™ feature with a new app on the Microsoft Store. The app, Your Phone, mirrors content from your phone and interesting enough currently only supports Android devices. This feature was on trial stage with Windows 10 insiders last month. 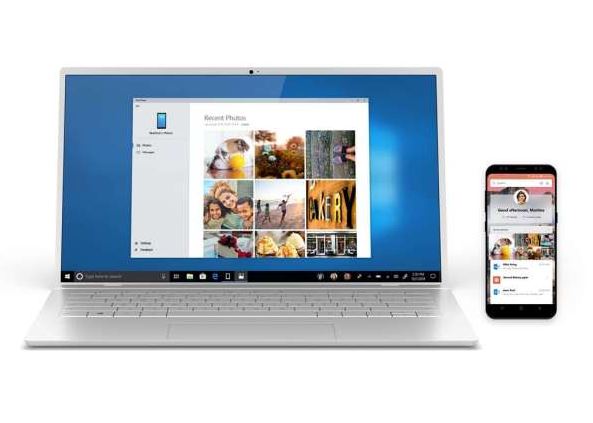 ALSO READ:Â Microsoft, Google And Others Team Up on Data Transfer Project

There are requirements for you to use this app are quite particular. You need to be running the latest Windows 10 update (April 2018 v 1803) and your Android phone should have version 7.0 and earlier. Currently this app supports the ability to drag and drop photos from phone to PC, which can be handy for those situations you would need to do that.

According to the Verge, Microsoft is also planning to add more features into this, which includes support for text message sync and your notifications from your Android phone to mirror to your PC. This could make it an even more complete experience as you can seamlessly share various types of content between your phone and PC, which is better than the current system of tethering via USB or via Bluetooth to transfer files.

Apparently also Microsoft has promised to support iPhones with its new app and it is quite surprising for them to bring the app first to Android, since the latter is usually not the case.

You can check out the app from the Microsoft Store and link your phone to see whether it works, thatâ€™s if you have met its base requirements.

Know The Of All The Android Operating System From Version 1.0 To Date