Earlier this year, the iOS version of WhatsApp got updated with an attractive picture-in-picture (PiP) feature that lets you watch videos from Instagram, Facebook, and YouTube without leaving the messaging app. 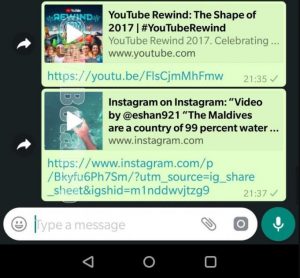 Users can as well play a video outside of the chat session where it was received, this means that you can navigate other conversations within WhatsApp while the video is rolling. 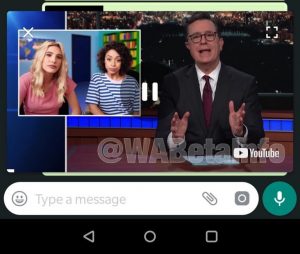 Android users will now be getting the PiP feature, though they will have to wait for a while, as the new update has just been submitted via the Google Play Beta Program. This according to a new report from WABeta Info.

The feature will remain unchanged from the iOS version of WhatsApp and will likely roll out to Android devices in the near future.

In other news, Facebook wants WhatsApp to be used by businesses to contact users, while ads are expected to roll out to the popular chat client, starting next year.

ALSO READ:  Goolsky JJRC H47 Is A Budget Drone That Gets Your Work Done
Advertisment