“Things in Common” Label Will Soon Be Available on Facebook

The most popular social networking service, Facebook is working on a new feature called â€œthings in commonâ€. The social network company wants more users to discover things they have in common with the other 2 billion people on its social network. 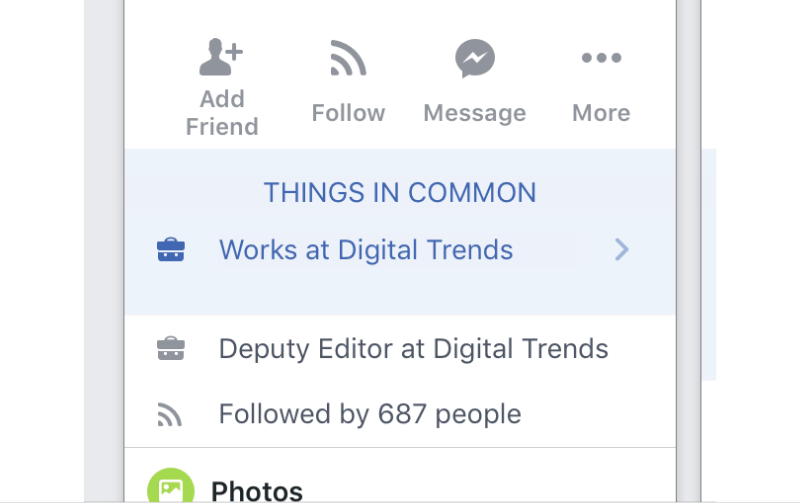 The new feature â€˜things in commonâ€™ will appear in comment.

How The Feature Works

When a user read through a public conversation â€” like on a brand or publisher page â€” Facebook will highlight things you have in common with non-friends who have drop comments. So, under the person’s name, you could see a label that says â€œyou both the University of Ilorin,â€ or that youâ€™re both from Jos.

According to Facebook, only information that people makes public will be available for â€œthings in commonâ€ labels. The feature will also adhere to peopleâ€™s audience and privacy settings.

This simply means, if you hide your current city, you won’t be able to see other peoples’ own in â€œthings in comonâ€ label. For now, thereâ€™s no way to turn the label off.

The feature is currently on test stage and will be available for everybody.