The Samsung Galaxy Note9Â was announced yesterday, and rated as the most powerful phone in the note lineups. However, by just glancing through the device, it’s hard to notice the difference between the Note9 and its predecessor – Galaxy Note8. Well, the former comes with more enhanced features.

In this post we are going to show you some major differences between theÂ GalaxyÂ Note9 and Note8,Â details about the new S Pen and more info about the new phablet. The company said the Galaxy Note 9 was aimed at a new generation of users and creators â€“ and packsÂ a 6.4-inch display and a 4,000mAh battery.

The device features a built in storage options of either 128GB or 512GB that allow users to put the days of deleting photos, videos, and apps to make room for more behind them 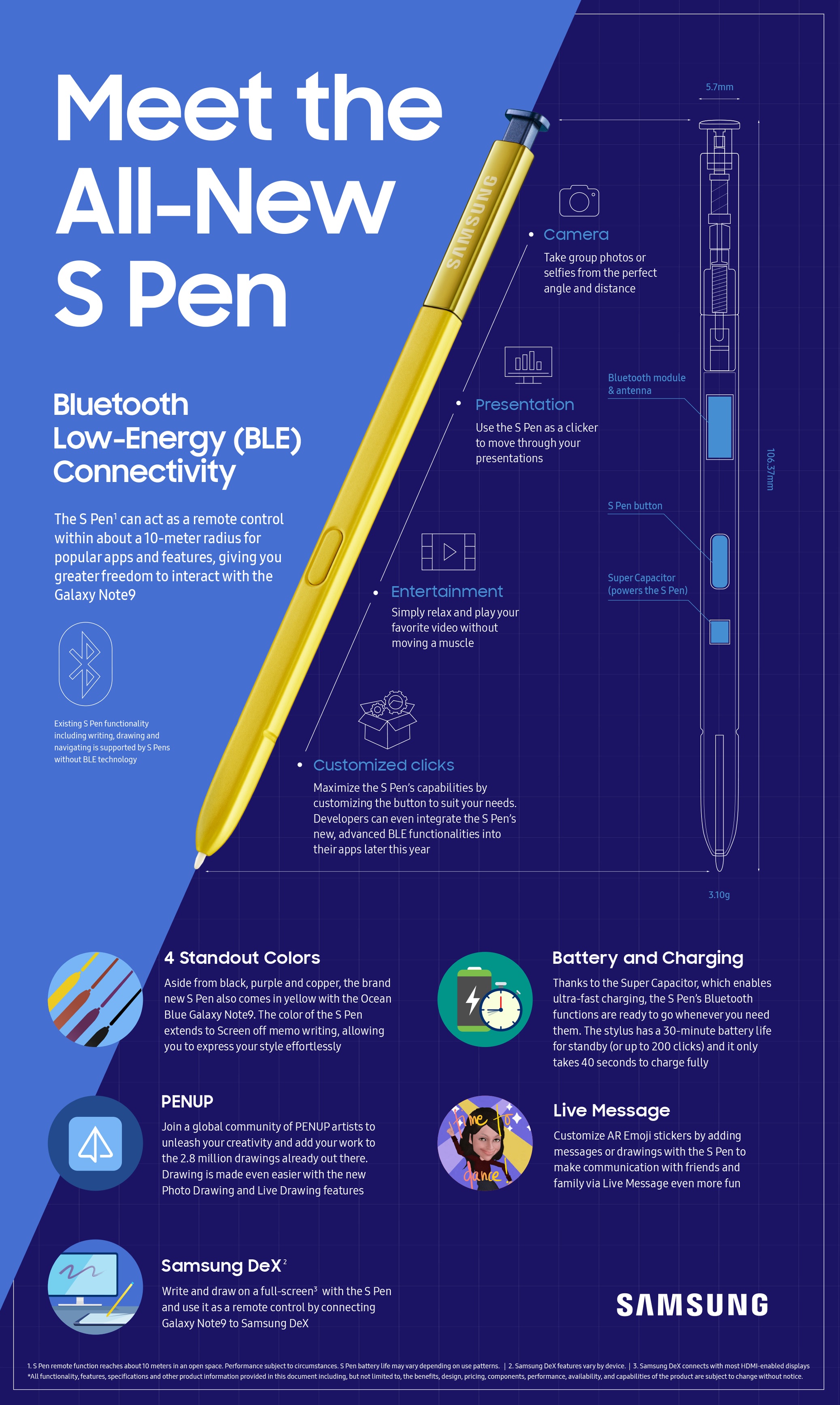 TheÂ infographic above was released by Samsung.