The new 88-inch display is the first 8K OLED TV in the world, with over 33 million self-emitting pixels.

According to LG, the display also maintains the impressive contrast ratio and true blacks which define its OLED lineup. 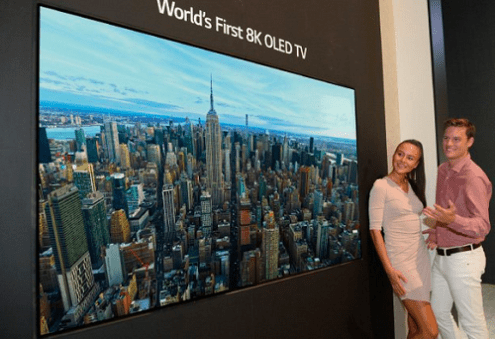 The Korean company sees a bright future ahead for the display technology, stating that OLED TV shipments are expected to double in 2018 and reach over nine million units by 2022.

â€œ4K OLED played a major role in reshaping the TV industry and LG is confident that 8K OLED will do the same.â€

There is currently no information about the pricing or release date information available for the 8K OLED TV.