How Does Wireless Charging Works On Your Smartphones?

Inductive charging (also known as wireless charging or cordless charging) uses an electromagnetic field to transfer energy between two objects through electromagnetic induction. This is usually achieved through a charging station. Energy is sent through an inductive coupling to an electrical device, which can then use that energy to charge batteries or run the device. – Wikipedia. 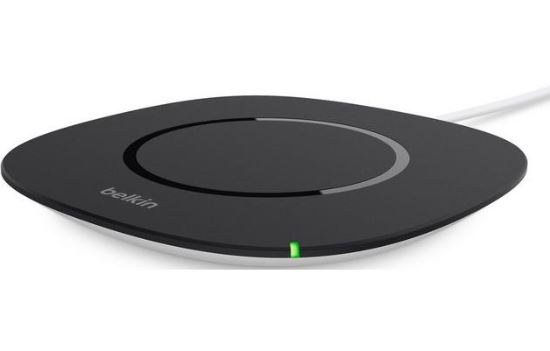 The magnetic field creates a current in the coil inside the device sitting on the wireless charger. This magnetic energy is converted to electrical energy, which is used to charge the battery. Devices must have the appropriate hardware in them to support wireless chargingâ€”a device without theÂ necessaryÂ coil canâ€™t charge wirelessly.

Qi (pronounced Chee, as in Cheese) is the universal standard for wireless charging of battery operated devices such as cell phones, iPods, MP3 players and cameras. The wireless power transfer occurs through electromagnetic induction.

Qi is more preferable due to the fact that the device can be up to 45mm away from the wireless chargerâ€™s surface rather than touching it directly. Although the standard is not as efficient as magnetic induction, it comes with some advantagesâ€”for example,Â  your wireless charger can be placed under a table surface while the device is placed on the table for charging. Cool! 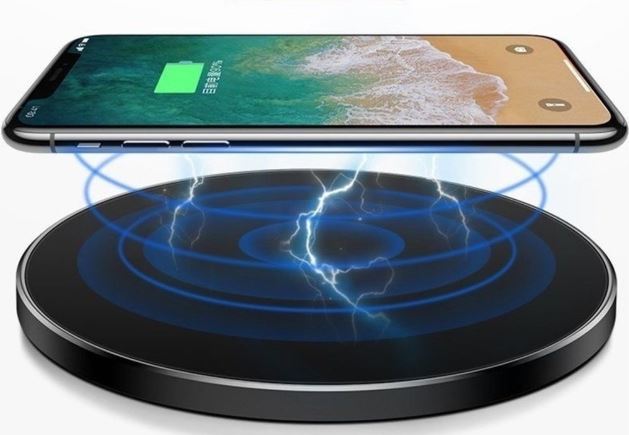 It also lets you to place multiple devices on a single charging pad, and have all of them charge at once. Amazing!

Although I can’t really understand why most Android OEMs have been moving away from wireless charging and Samsung just kept it on their high end smartphones so I’m guessing it’s to reduce production costs. Here are a couple of devices that support wireless charging

Now if you aren’t using using any of these devices, here is how you can get wireless charging working on your phone. There are a couple of methods to achieve this but the easiest way is by using a stick-on wireless charging adapter. Stick-on adapters offer a more universal solution.

If your phone doesnâ€™t have the circular RF induction coil thatâ€™s the core of any wireless charging device, just add one on. Itâ€™s a flexible solution that needs only a few basic models to cover almost any phone.

The advantage to stick-on adapters is availability. All you have to do is just place one of these external pads up to your phoneâ€™s charging port (USB-C,Â Apple Lightning, orÂ MicroUSB), stick it on the back, and youâ€™re good to go. Theyâ€™re also much cheaper than wireless charging cases, and theyâ€™reÂ slim enough to fit underneath the plastic of a standard, non-charging phone case.

Don’t keep this knowledge to yourself alone, why not share it with your friends by clicking on the social media buttons below.

PalmPay Is A New PayPal Alternative From Tecno Phones Makers

Palm Is Coming Back To Smartphone Making With A 3.3″ Android phone

Samsung Launches A Wireless Charger That Can Disinfect Your Phone

A Fast Charge Technology That Can Charge Lithium Batteries…