Again, Google has shown us a cause to fall-in-love with the latest version of its Android OS. People with phone call recording app installed on their phone may not actually like this news and will have to live with it till Google change their mind. Android 9 Pie will not be supporting phone call recording app. Well, this is a delightful news many. Why?

Imagine getting blackmailed with your statement while on a recorded conversation between you and somebody. You may shocked to suddenly find out that the sound from the audio sent to you was your own voice. The conversation you had with somebody you think can keep a secret was recorded and saved without your permission. 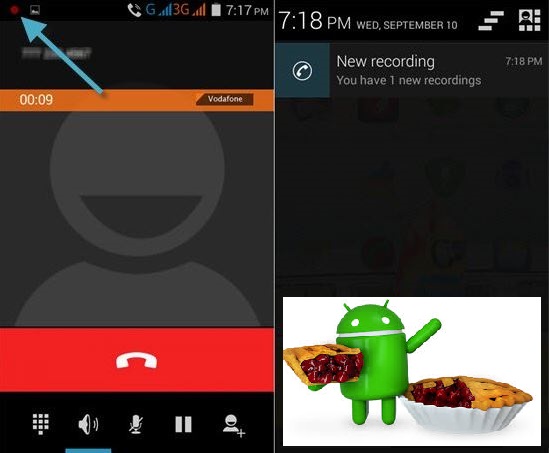 When your secret is accessible, then itâ€™s no secret as it can be visited at any given time.

There are lots of 3rd party phone call recorder apps that are available for download and use. The worst part is that the recording can often be done without the knowledge of the other party. That is totally not right, so you can feel my ecstasy when I discovered that Google has decided to kill the popular call recording feature and this is all to improve user privacy for Android users.

Even though this part of the world is yet to take call recordings serious and offensive, it has been banned in a good number of countries. It is also illegal in many places to record conversations without the consent of the other party.

One wonders why Google brought back call recording to Nougat as it was first removed in Android Marshmallow.

Could This Be The End Of Phone Call Recording Apps?

Maybe or not yet. App developers are known to always find another way around a scenario like this, or Google might change its minds and reverse the policy, maybe with more stringent requirements. Or Google might go ahead and build one that meets legal/ethical requirements into Android OS. We shall see.

Do you have used a phone call recording app? What are you using it for? Has someone ever recorded your phone conversation without your knowledge? How did that go? What do you think of this development? Do share your experiences and opinions with us.

See The Most Affordable Night Plans For You